The essay analyzes the philosophical arguments on "potentia Dei" and divine foreknowledge that Thomas Hobbes elaborates in his debate with John Bramhall in the years 1645-1668. The core of this debate concerns the theoretical status of determinism, i.e. the relationships between liberty and necessity in the human will (Hobbes denies the liberty of human will, Bramhall affirms the free will). But in many passages of Hobbesian arguments it is possible to understand the role of God's idea in the system of Hobbesian natural philosophy. The defence of materialistic determinism is central in the Hobbesian works, from theology to physics, from anthropology to politics: body and movement are the fundaments of the Hobbesian universe which find in itself - without necessity to postulate the "potentia Dei" - the motives and the reasons of his own structure and function (from causes to effects). Hobbes neutralizes then "potentia Dei" because in the God's idea is central the foreknowledge, which is the image of God only as first cause: in Hobbes' thought, God's idea as first cause is only a reassuring word. 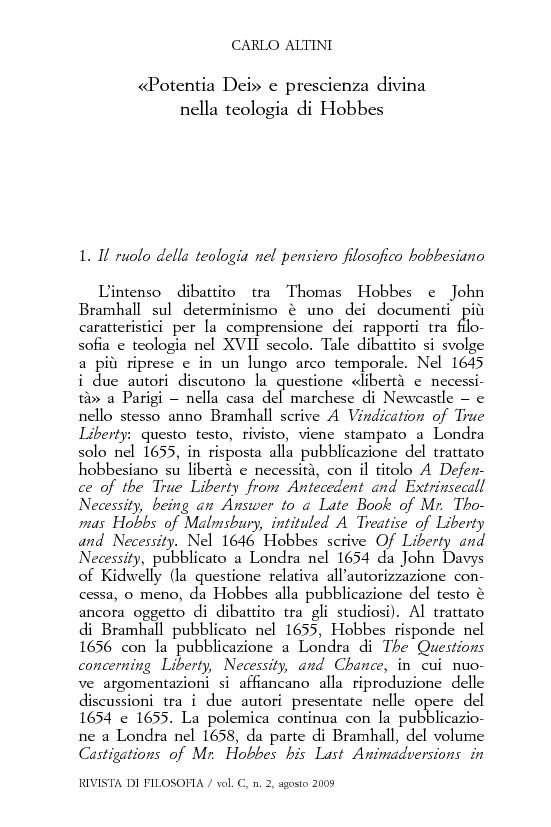