When Darwin published "The Descent of Man" in 1871 the cultural scene was very different from 1859. Many authors had already applied his ideas to man and society. Therefore, after exposing the anatomical evidence of man's animal origin, he devoted a large part of his book to discussing social evolution and the action of natural selection on "civilized nations". He introduced sexual selection to explain the origin of the human races. The fossil record, being scanty, played a minor role in his argument. Subsequent developments in anthropology were hardly influenced by the theory of natural selection. The same holds true of much post-Darwinian palaeoanthropology until the 1940s. Many palaeoanthropologists were strongly committed to some form of Lamarckianism or orthogenesis. Social scientists seemed to be more concerned with issues such as eugenics, racial problems and the future of man than with man's past, and when they addressed the issue, they mostly endorsed a linear, progressive view of evolution. Genetics and experimental biology were divorced from the study of man's evolution for a long time. The neo-Darwinian synthesis of the 1940s established a paradigm that, although much criticized recently, restored natural selection in its central place. 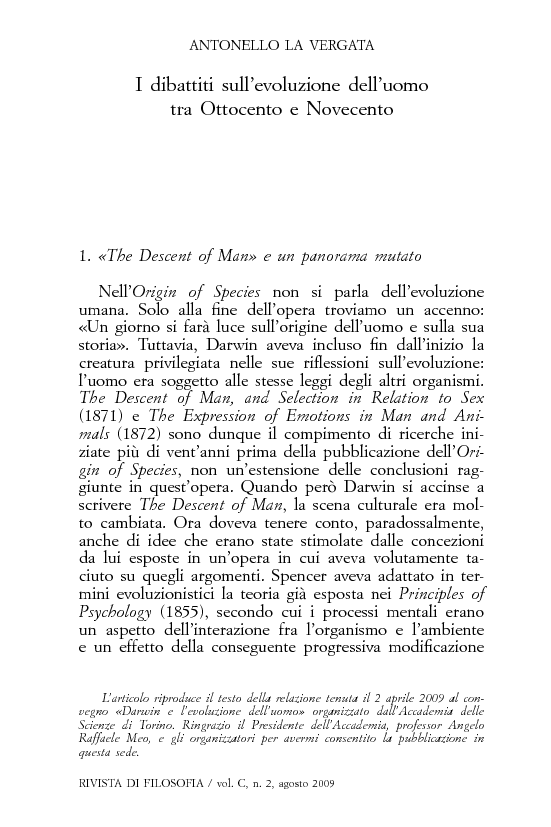