Many scholars have argued that, for Augustine, the disappearance of the worships of Gods, or rather demons, is a fundamental sign of the advent of «tempora christiana». But, according to Augustine, there is also another sign, which has not received much attention. Recalling themes already present in his early writings, in his De civitate Dei the bishop of Hippo argues that the long way of Greek philosophy finds its fulfillment in Christ, who is «scientia et sapientia nostra». For such a reason, the autonomous exercise of thought, traditionally performed by philosophers, is not needed anymore. In fact, philosophers are fewer and fewer, and are given scarce attention by the society. Thus they cannot only convert or disappear. 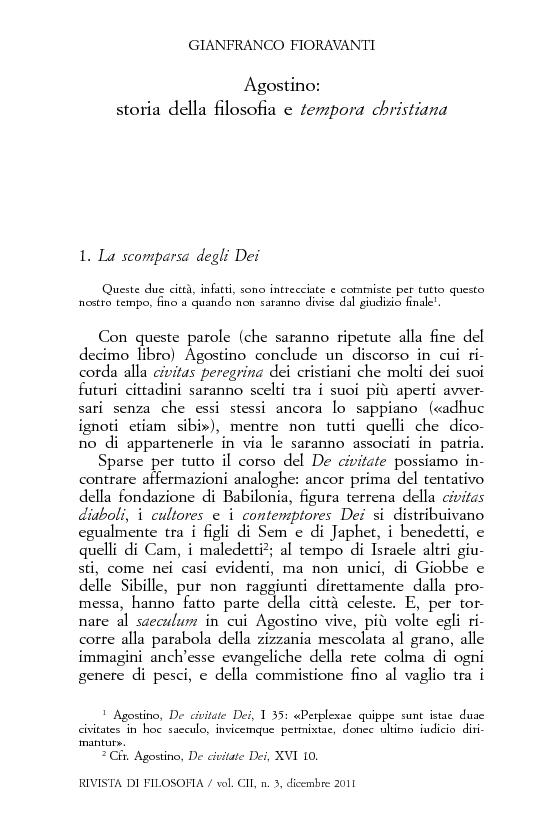