This paper focuses on Vico's «conceits» (of «nations» and of «scholars») starting from the famous degnità of the Scienza nuova, where they are developed, seeking the places they occur in the entire corpus of Vico's works and identifying their sources in the Baconian criticism of the idola tribus and the idola specus. The paper stresses that it is precisely Vico's awareness of the human mind's limitations - that fits in the space opened up by the difference between divine and human endeavor - to provide the «conceits» connotations linked to an idea of human nature which is perfectible, but often misled by errors and by acts of hubris, the main of which is to form an opinion of the «distant and unknown things» based on those «known and present». But Vico's complaint of the «conceits» is here meant as an ethical-philosophical device, which invites humanity, now at the peak of the civilization process, to guard against any form of «pride of nations» (in modern terms: any form of ethnocentric pride), as well as any conceited manifestation by scholars (or any form of abstractly anthropocentric philosophy). 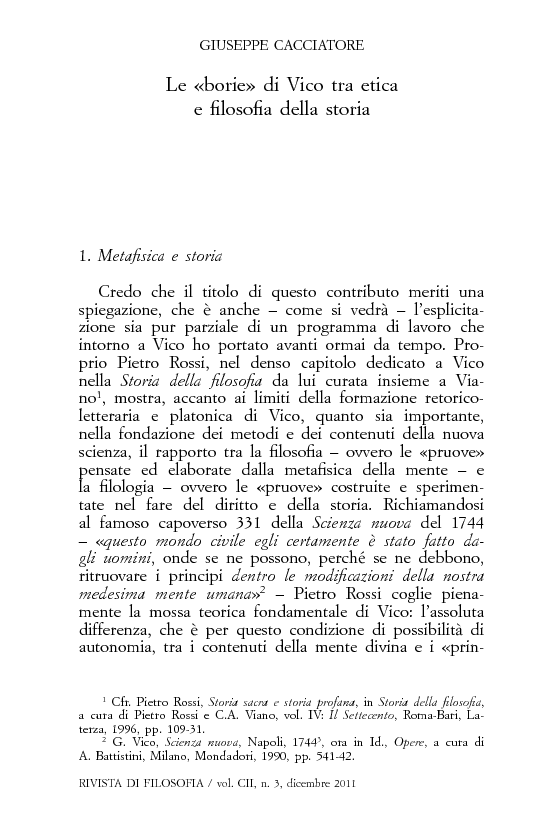