Both Croce and Meinecke agreed in considering Voltaire historian of l'esprit et les moeurs des nations as a reluctant and incoherent heir of the optimistic and providential idea of Progress, still alive in his critical reinterpretation of Bossuet's scheme of the histoire universelle. This paper, emphasizing the full rejection of theodicy and finality in Voltaire's writings about «deism», takes into account his radically anti-Christian, anti-metaphysical, empirical-minded approach to historical research, which was instrumental in his struggle against l'infâme: evil in human affairs was no metaphysical mystery, but the tangible outcome of fanaticism and of the political use of religion. It may be surmised that the ambiguous reassessment of Voltaire and his philosophie de l'histoire, in terms of a first tentative prelude to Romantic, speculative historicism and Geschichtsphilosophie, was responsible for Croce's and Meinecke's misreading of his historical works. As the post-1950 and more recent Voltaire scholarship confirms, the clue to this paradoxical blunder may be found in some unsolved dilemmas intrinsic in the general crisis of late-historicist views of progress in human history. 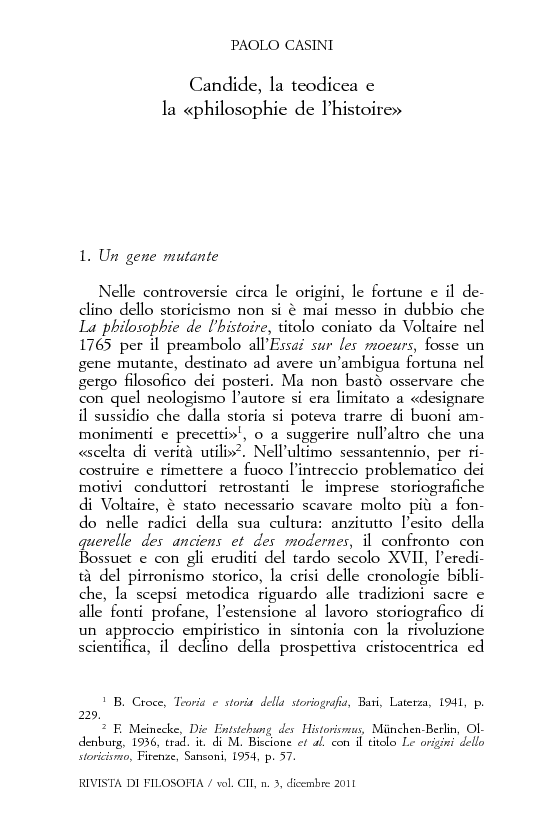