The aim of this paper is to show how the epistolary dialogue between Rousseau and the young abbot Carondelet, consisting of ten letters written between November 1763 and October 1764, can be considered as a crucial step of Rousseau's philosophical reflection on virtue. The analysis of these letters, whose theoretical relevance is still probably underestimated, shows, in fact, the originality of Rousseau's ethics in comparison with the others philosophes' ethi¬cal thought. The paper is focused on three essential issues: (i) the failure of an heroic conception, Stoic and disembodied, of virtue; (ii) the need to find a «mixed» basis for virtue itself, which collects different, and apparently contradictory, requirements: rationalism, utilitarianism and sentimentalism; (iii) the investigation of the relationship, both supportive and conflictual, between an ethics of virtue and an ethics of wisdom. 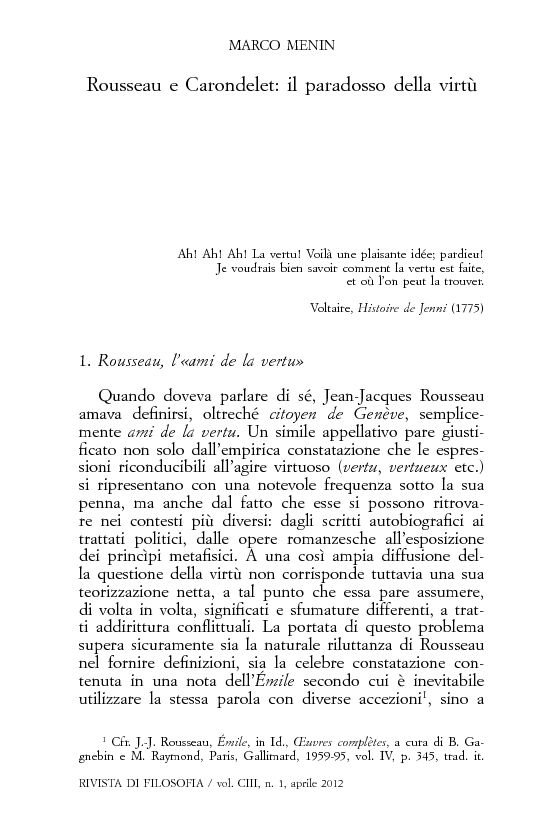