The contradiction between Divine goodness and Divine justice rep- resents a central argument in the anti-theodicy developed in Pierre Bayle's Dictionnaire historique et critique, whose provoking position renews - over the XVIIth and XVIIIth centuries - the age-old debate about the problem of the compatibility of God's properties. The paper deals with the original way in which Hegel takes part to the discussion on this matter, by affirming the necessary contradiction among God's attributes - with Bayle and against Leibniz - but at the same time also the solution of such a contradiction, that can be acquired through the speculative reinterpretation of divine properties as moments of the dialectical development of the Concept. Moving from this premises, the last part of the paper offers a diachronic analysis of the interpretation of the Book of Job expressed in the different lectures of philosophy of religion that Hegel gave during his Berlin period, in order to clarify his complicated and oscillating stance on the problem of the relationship between Divine justice and humane justice. 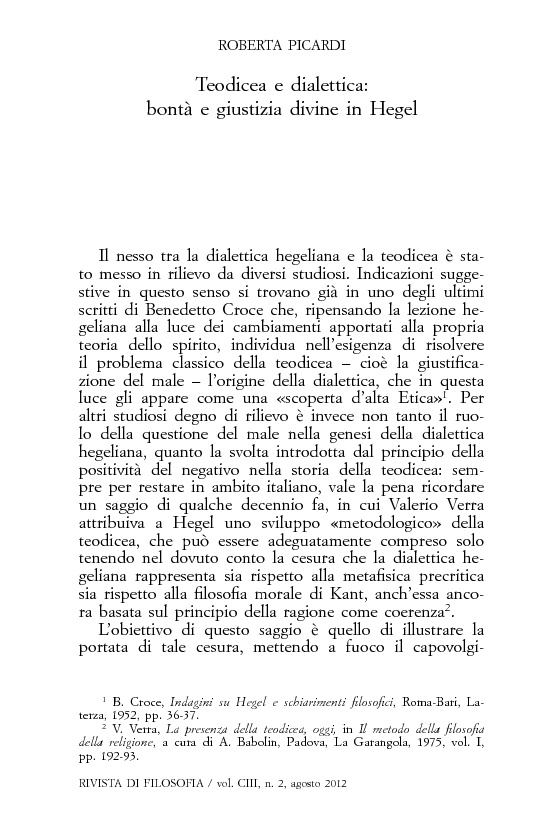