The discrepancy between Aristotle's apodictic doctrine of demonstration and the scientific practice of the 4th century is a long-standing philosophical question. On the one hand, in the "Posterior Analytics" the scientific syllogism is the demonstrative method of science in general; on the other hand, disciplines like geometry, arithmetic, astronomy and biology adopt different deductive approaches in order to prove their own contents. Because of its simple and reductive character, the syllogistic form of demonstration does not appear adequate to account for the relationships between mathematical theorems or empirical elements like the properties of animals. Probably Aristotle did not intend to prescribe the scientific syllogism to the particular disciplines, but regarded it as the theoretical instrument of scientific reflection. The scientific syllogism allows Aristotle to exemplify in a clear and effective way the main points of the demonstrative theory that, in his view, should be taken into account by the particular disciplines without renouncing their methodological autonomy. 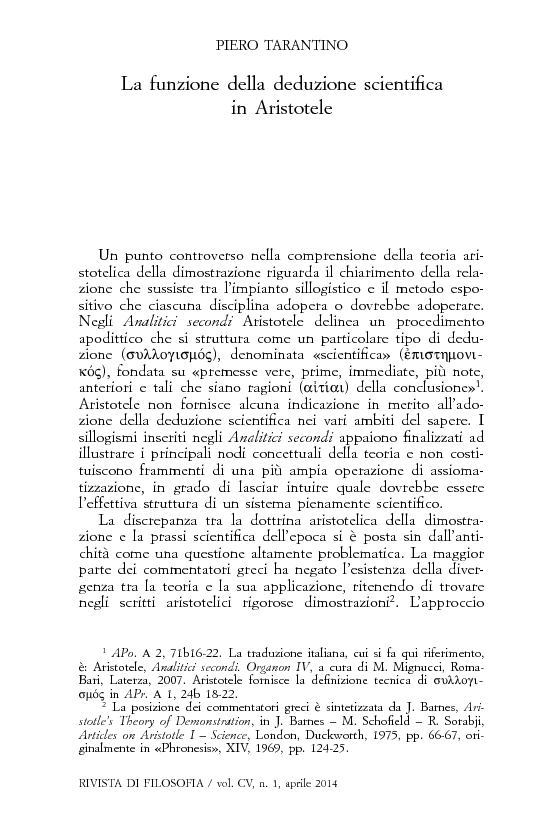