The «grammar» of Urban commons can be read a participatory toolkit in programs of regeneration of underused and/or neglect areas, and as such, can be implemented not only by local administrations, but also claimed by social movements. In this sense, urban commons and participatory democracy appear to share the same crossroads. Yet a political conundrum arises (needs to be explored further): are these two instruments a road for «democratizing democracy», or are they are a sort of «dispositive» ultimately functional to contemporary neoliberal rationality? I will compare some aspects the regulatory proposals of commons proposals with the paradigmatic experiences of Porto Alegre’s participatory budgeting. My thesis is that in the discourse on commons on the one hand, there can be a risk of political instrumentalization on the one hand, but on the other, there is also the opportunity we need to foster a new living pedagogy for democracy and democratic practices. 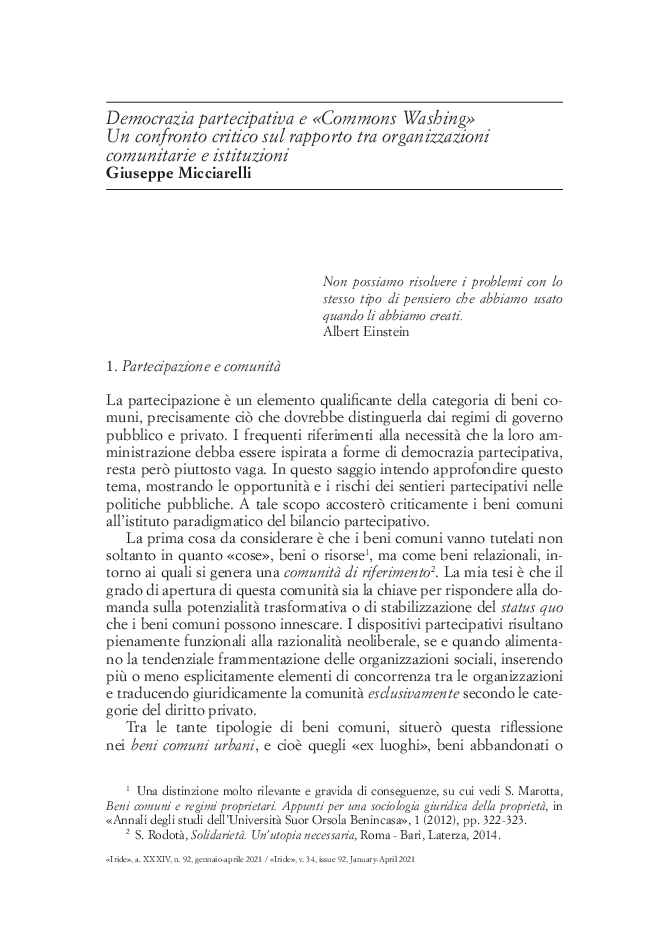