How are we to interpret the last sentences of Michel Foucault lectures at the Collège de France, on the 28th of March 1984, where he seems to allude to the necessity to found ethics on the decentralization of one's position and the assumption of a posture of otherness? And how are we to explain the fact that, after decades of research on the forms of reintegration of the figures of otherness (madness, the pathological, social deviance...) within what he often calls «hegemony of the same», the vast domain of the identity to oneself - and, «a contrario», the quest for a radical difference - Foucault returns to this ethical centrality of the position of otherness? The explanation, perhaps, can be found in what the passage from Socratic to Cynic «parrhesia» secretly contains: a shift that, far from keeping the ethical task within the domain of «Logos», makes it somehow slip into the field of «Bios», of life. From words to practices of existence, from the search for adequation between discourse and philosophical life to the attempt, at the same time simpler and more radical, to live philosophy, in the last lectures of Foucault emerges an otherness eventually freed - differential, productive, ontologically powerful: the truth-telling becomes truth-living, emancipated from the boundaries and the traps of the order of discourse, and which requires courage while affirming its irreducible freedom. 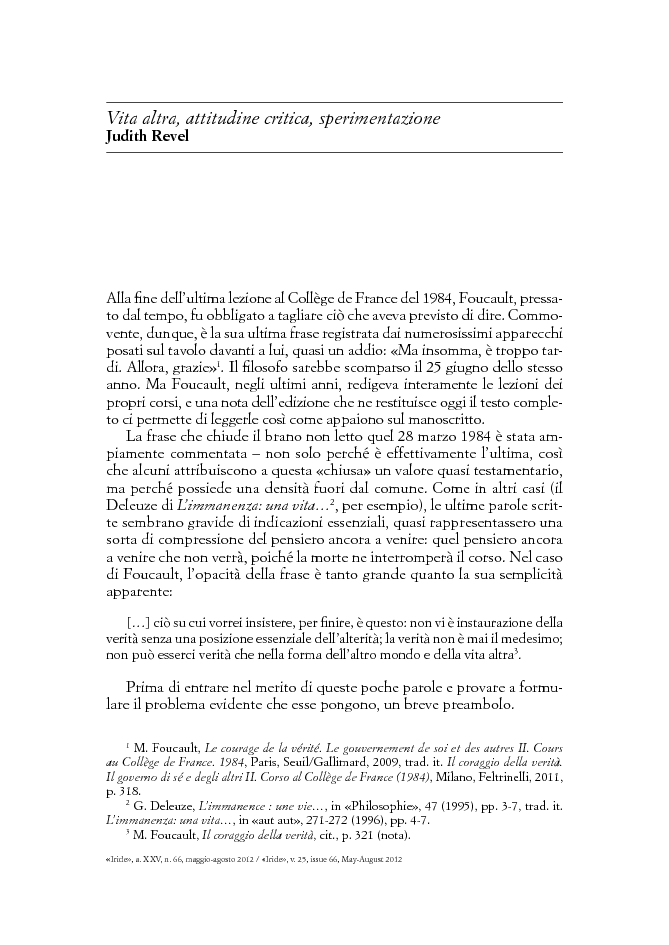