Over the past two decades, Siegfried Kracauer's critical and ambivalent relationship with Georg Simmel's thought finally became clearer. In 1919 Kracauer considered Simmel as capable of interpreting specific phenomena of the perceptual-sensitive sphere, an aesthetic and social sphere, obtaining the universal structures that appear in them, and as a modern, a metropolitan, a relativist, a pluralist, a doubter, a wanderer and a stranger. In the following years, Kracauer changed his mind and quickly consumed a deep disillusionment about the possibility to find an absolute foundation for ethics and knowledge. Kracauer made of the aspects enucleated from Simmel the terms for the elaboration of his own philosophical tools and, with others inspired by Simmel, contributed to research on some sort of philosophy of sensitive forms. 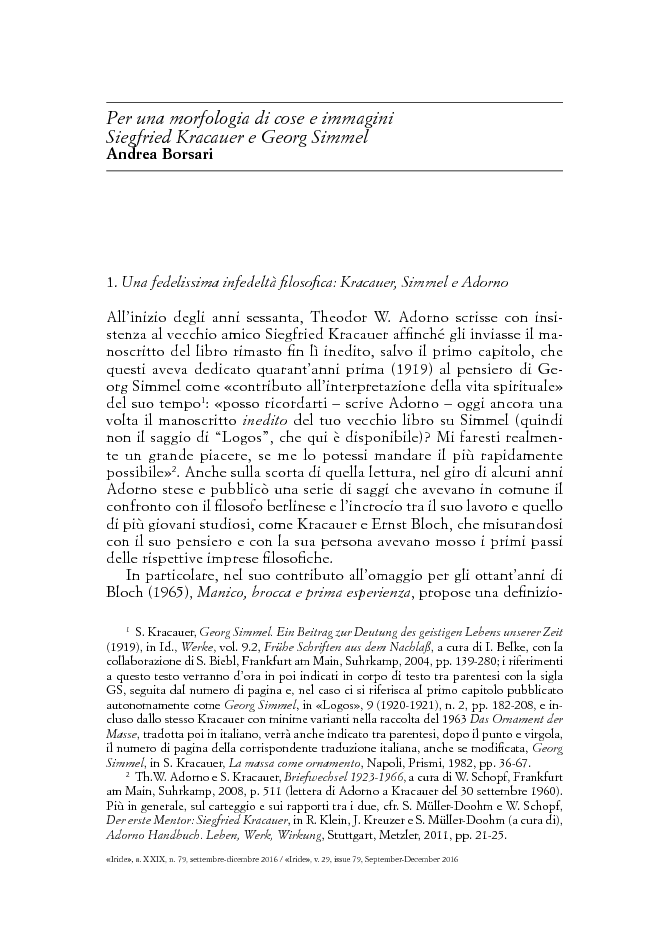