This article sheds light on moral education from an exemplarist perspective. Following Linda Zagzebski's Exemplarist Virtue Theory, we relate several fundamental exemplarist intuitions to the classical virtue ethical debate over the unity-disunity of the virtues, to endorse a pluralistic exemplar-based approach to moral education ("Empe"). After a few preliminary remarks, we argue that Empe amounts to defending "a prima facie" disunitarist perspective in moral theory, which admits both exemplarity in all respects (moral sainthood) and singledomain exemplarity (moral heroism). Then, we evaluate the effectiveness of heroes and saints for moral education, according to four criteria derived from Empe. This analysis allows us to conclude that moral education should value both kinds of exemplars and, therefore, adopt weaker standards of exemplarity than the unitarist's ones. 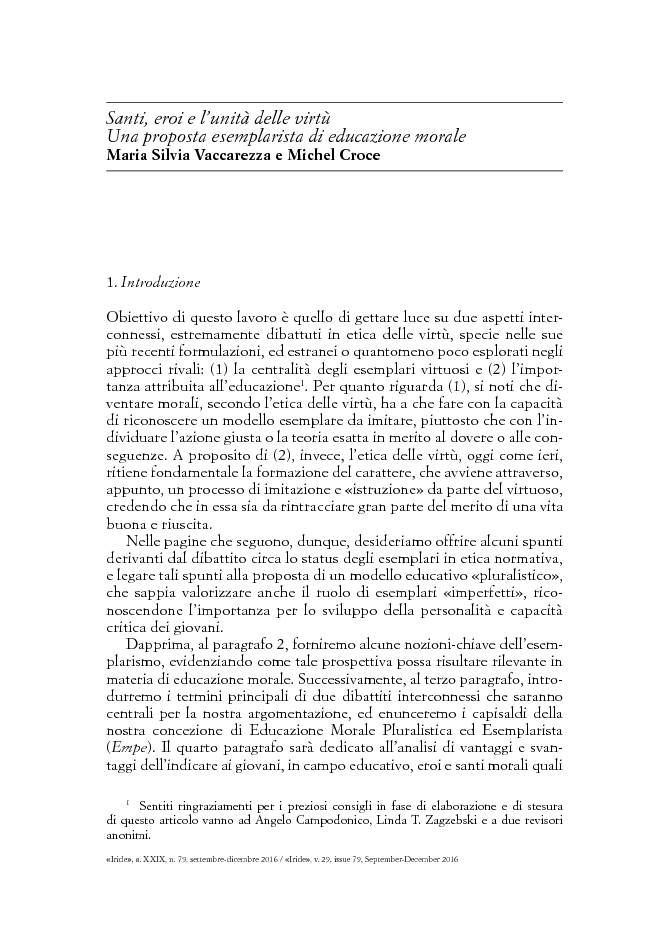