Populism is not necessarily antipluralist. Populist ideas and strategies, when deployed counter-hegemonically, can contribute to social and political pluralism. However, any attempt to develop a genuinely inclusionary (and universalist) populism faces hurdles. This is due to the robustness of widespread tribalist and authoritarian tendencies and to the nation-based structure of the global political/economic framework. In wealthy countries, populist movements tend to constitute an exclusionary form of resistance against the «Great Convergence» of wealthy and poor countries. Populism in wealthy countries interferes with that reduction of global inequalities that, in the last 30 years, has resulted from technological progress, migration flows, and the liberal economic policies self-interestedly promoted by the global elites. 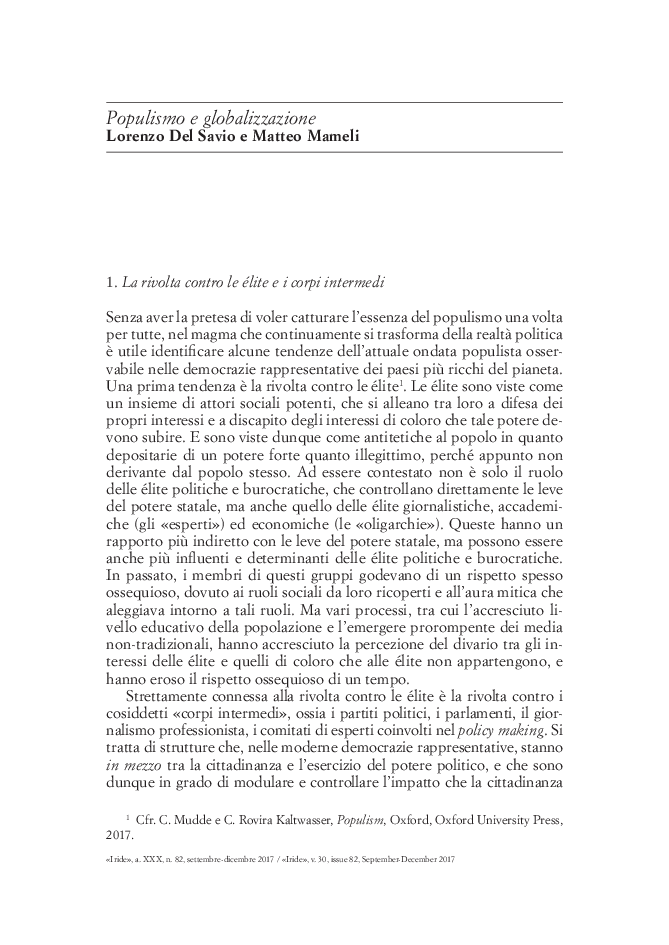