The article analyzes the new philosophy of nature proposed by Rocco Ronchi in his recent book, "Il canone minore". The philosophy of nature which Ronchi upholds is meant to finally free us from the predominant anthropocentric assumptions which have characterized the methodical canon of philosophy for centuries. This «major canon» has caused philosophers to assume an attitude of hostility toward the natural sciences and the technical world. According to Ronchi, however, the antidote to the anti-scientific spirit is not positivism, but rather "speculative thought" (as distinct from metaphysical thought): this "minor canon" finds expression in the works of James, Bergson, Whitehead, Gentile, Sartre, and Deleuze. The essay concludes with some critical observations on the ethicalpolitical core of Ronchi's speculative argument. 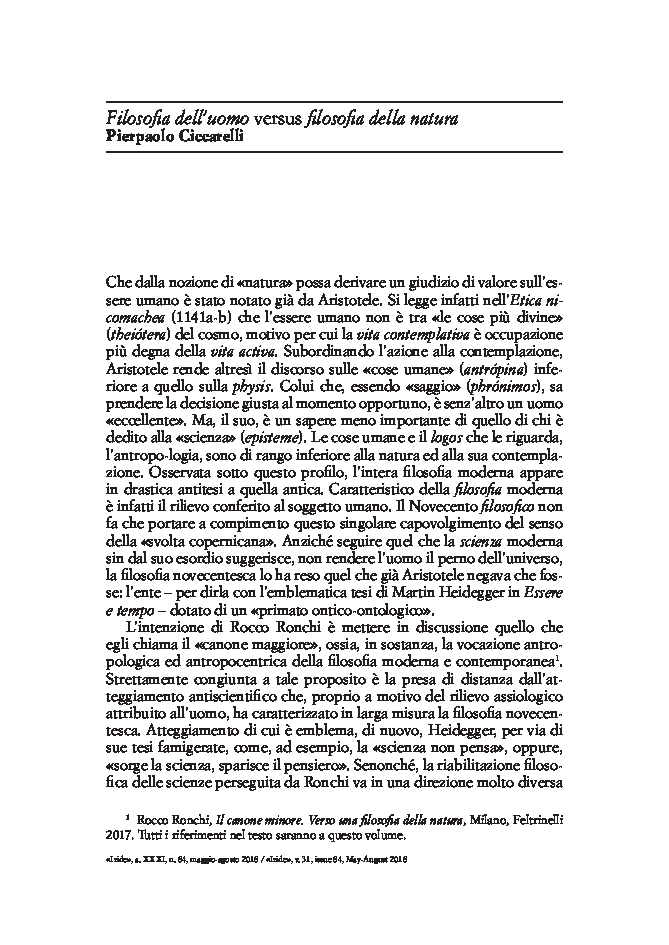