If judicial decisions can be maintained to conform to some logical form, at¬tention should be devoted to fuzzy and/or non monotonic logic rather than to classical logic, usually conceived as the only standard of their «rationality». Such a contention holds good regardless of the sort of dispute under consideration. Namely, since it might be controversial which of them are to be given judicial protection and how the values they express are to be interpreted, such a contention holds good also when judicial im¬plementation of fundamental rights or, as the case may be, their derogation are at issue. Politically incorrect as they might sound, both the tenet on the logical form of judicial decisions and the tenet on the controversial aspects of fundamental rights aim at provid¬ing a better understanding of the distinguishing features of judicial reasoning as well as of the (meta)legal shortcomings challenging the doctrine and culture of rights. 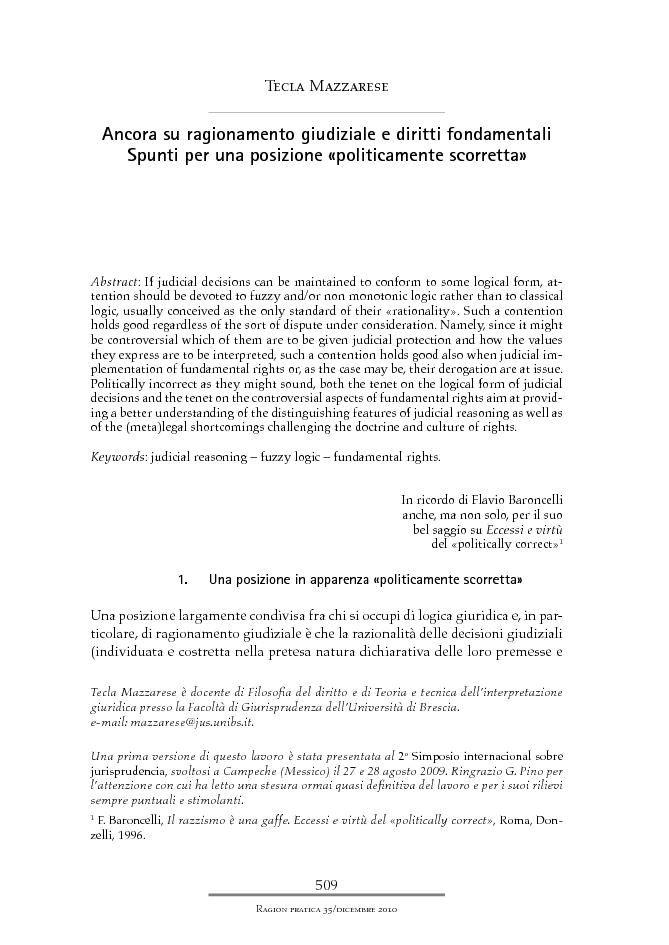