This article shows how Russia's post-Soviet legislation in the field of minority rights bears the indelible traces of her Imperial and Soviet history, and is also the product of intense ideological and theoretical debates since 1991. Russia's international commitments are examined, as are its performance reporting to the treaty bodies of the United Nations and Council of Europe. In its reporting, Russia places particular emphasis on the experiment in National-Cultural Autonomy, that is personal, non-territorial autonomy, and the article asks whether this experiment is coming to an end. Finally, Russia is beset by two complex problems, first that of the plight of its small-in-number indigenous peoples in the North and East; and second the rising tide of racism and xenophobia. 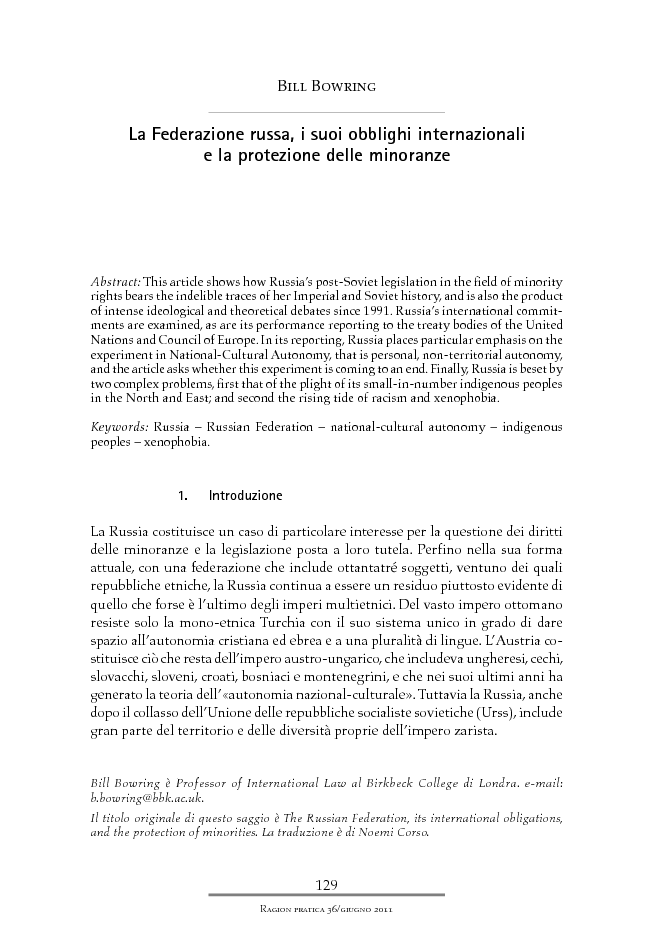