In this paper, the author reviews CEDAW and its meaning for contemporary societies, asking the provocative question: «Is the CEDAW still relevant for our times?». Six main issues will be reviewed, four of which pertain specifically to CEDAW and two are more general concerns about the United Nations human rights treaty system. The CEDAW text is assessed in light of the evolving interpretations of its monitoring body, other human rights treaties within the United Nations system and the work of their monitoring bodies, United Nations treaty body reform, and theoretical perspectives, notably feminist perspectives. The author concludes that despite the shortcomings of CEDAW, the contemporary status of millions of women justifies the maintenance of a United Nations organ dedicated to women's rights, be it that under the CEDAW or some other international instrument. 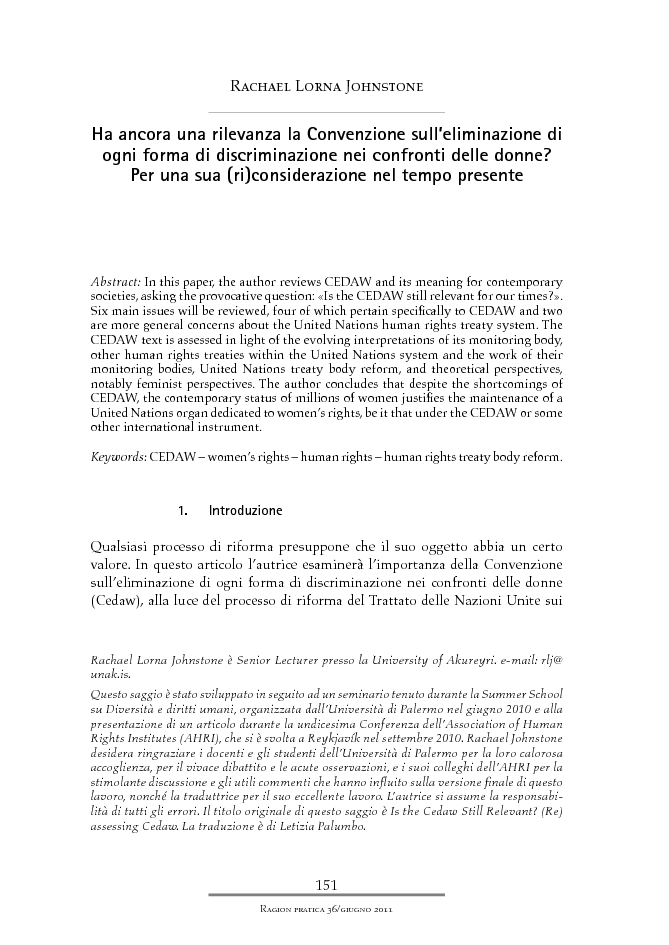