The paper discuss the myth of matriarchal human origins. It underlines the planetary diffusion of patriarchy, now and in recorded history of humans. Despite the understandable appealing exerted by the myth for many women - because it represent aΩ peaceful and egalitarian society, where women really had a central role, also political, in the community and they had power -, it contributes to maintain the patriarchy order. The myth, seemingly in a paradoxical way, functions as a sort of continue source of legitimation for the patriarchy status quo. We need to destroy it. 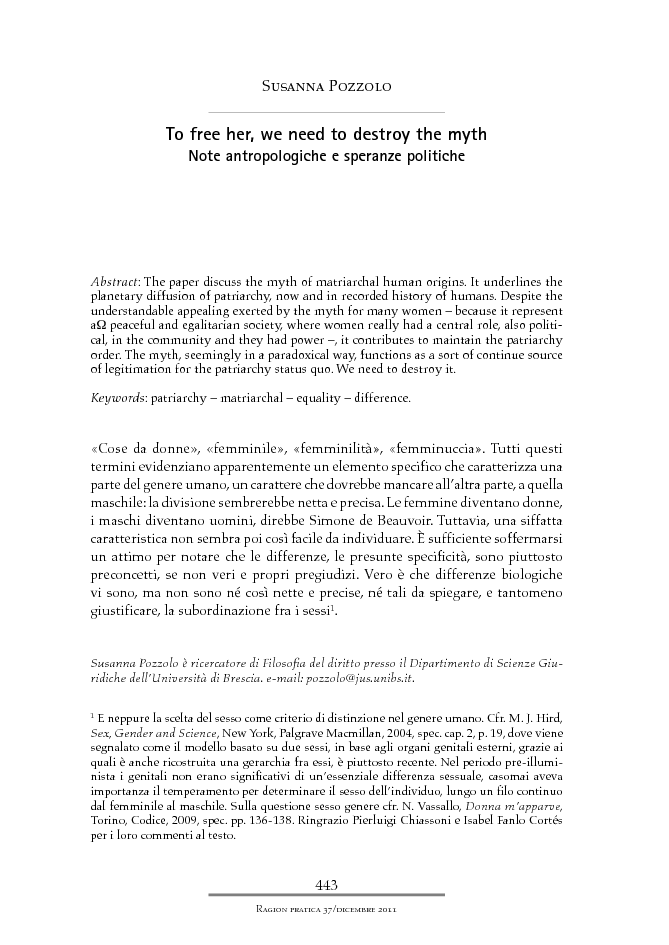