La democrazia dispotica by Ciliberto, Poteri selvaggi by Ferrajoli and Liberi e uguali by Urbinati question contemporary representative democracy moving from the same assumption: any form of political power (including democratic regimes) tends to degenerate into «despotism» when the respect of institutional constraints, on the one side, and ethical and social bonds, on the other, are downplayed vis-à-vis populist understandings of the relation between the people and their representatives. Respectively authored by a historian of modern and contemporary philosophy, a legal philosopher and a political theorist, these three texts, when comparatively analyzed, contribute to the unveiling of different sides of the same democratic pathology: namely, the collapse of both public ethics and political participation within our post-totalitarian (Urbinati), post-mass political (Ciliberto) and deconstituent (Ferrajoli) democracies. 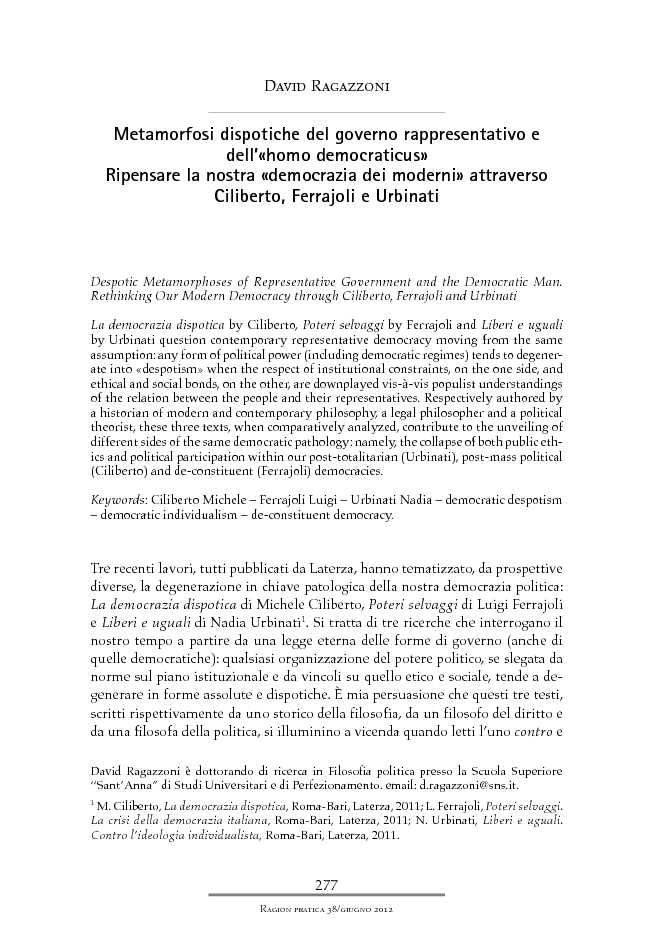