What have in common a speculative bubble and a hurricane explosion? They are self- organizing properties of two complex and unstable systems. The social system, and the economic system, of which financial, monetary and real economics are sub-systems, and the atmospheric system, where hurricanes originate, are complicated, i.e. difficult to understand. Moreover they show some properties, like the self-organizing capacity, that makes them complex. In the second half of the '90s, two economists of the Austrian School, Ludwig von Mises and the Nobel Prize August von Hayek pointed out that learning and experimental activities would generate spontaneous social order, i.e. that the economic system presents some elements of complexity. In the last decades, complexity has been well recognized as an important research field in Economics, such as in other Scientific Sciences. 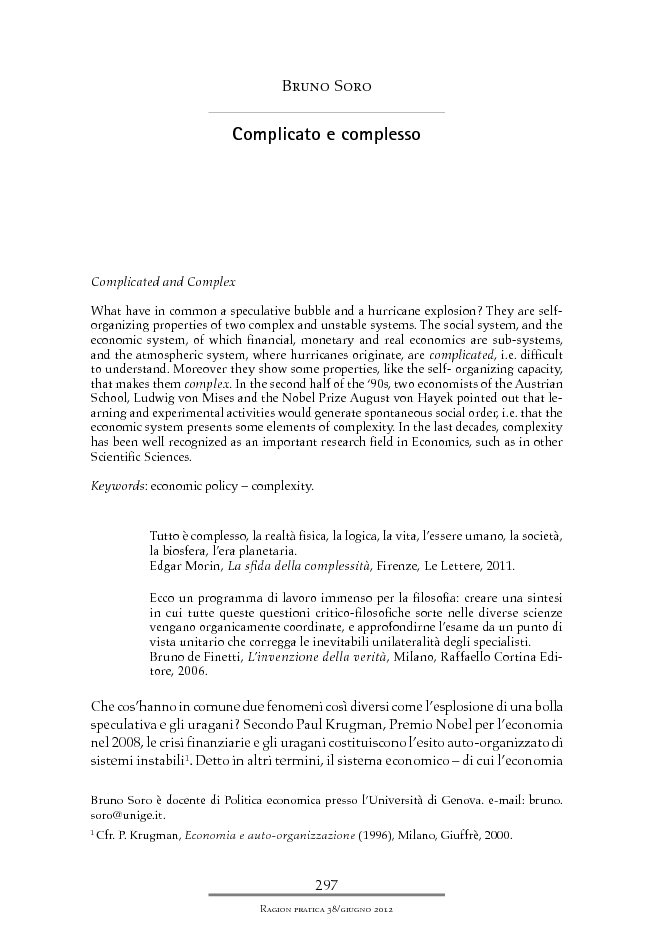