In this article it is argued that the opposition "welfare or barbarism" is historically linked to the degree of globalization of advanced economies. It is also argued that the current trend is not the zeroing of the welfare state, but a radical re-definition of it along both "universalist" and "minimalist" lines. In fact, welfare state programmes are being reduced to a unique residual monetary benefit, whose function is to bridge the gap between the actual real wage and the minimum subsistence threshold of the working class. Against this background, the article provides a radical critique to the unconditional, and sometimes apologetic, acceptance of capitalist globalization and of its ideological superstructure, namely, the neo-liberal agenda. In addition, a different idea of the organisation of the economy is proposed, recovering and updating the concept of the "economic planning". 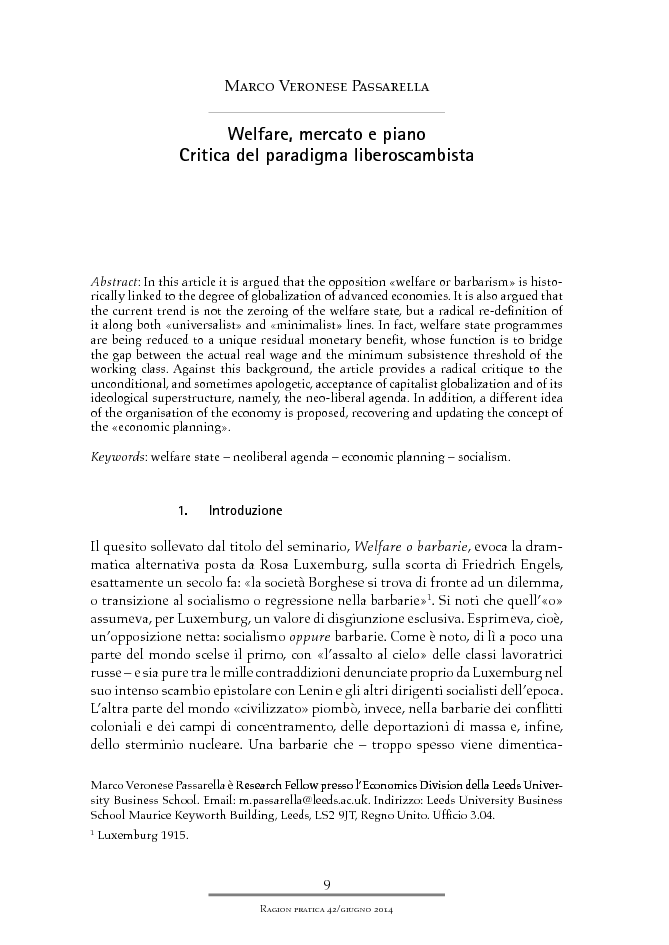