The concept of "state civilization", while fitting into a consolidated research trend, the civilization precisely, has not yet been absorbed into the social sciences. This essay attempts to clarify briefly the essential elements of this socio-political and organiza¬tional form that involves both conceptual levels and material structures. The observation of the "actual reality" both on the historical level and on that of current issues clashes with the literature on the so-called "crisis of the state", It uses the notion of "State", that seems obsolete because relying exclusively on legal and institutional assumptions. It misses (unlike the concept of "statuality" or "state civilization") the essence of the matter, which is to investigate the organizational model more functional to human society, explaining its genesis, development, psychological and cultural backgrounds. 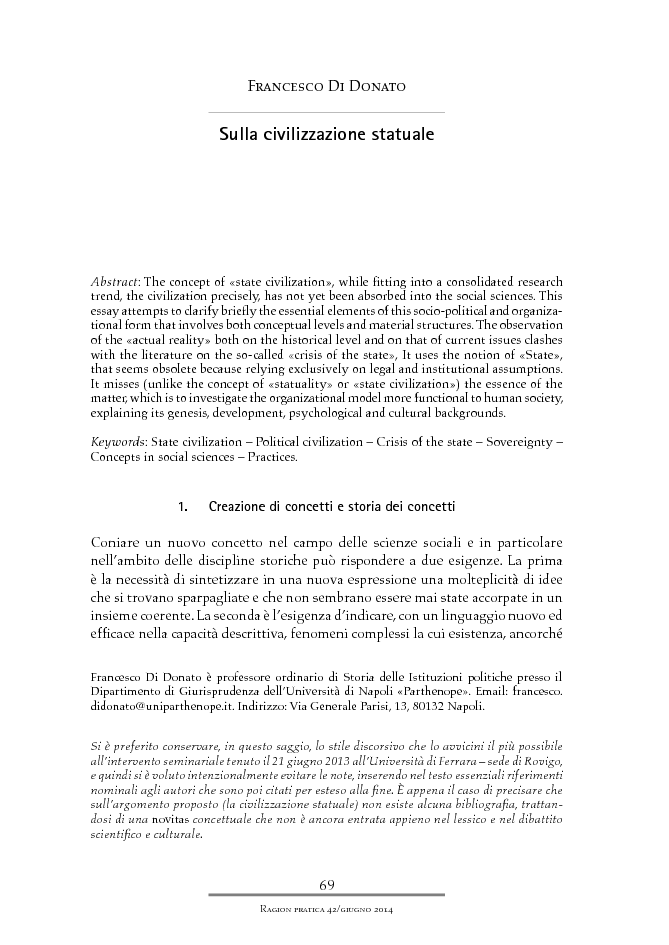