In the second half of the XXth Century the legal dimension of Welfare State involved the inclusion of social rights in constitutions, their enforcement through legislation and the formulation of policies to make them effective. This was the outcome of social conflict, igniting "jurisgenerative" politics. Further, such social conflict was acted out by the social groups and aimed at promoting their common interest; it was led by mass political parties and encountered a "permeable" legal system. In the XXIst Century - under the effect of neoliberal policies, globalization and economic crisis - these functions of politics and law seem jeopardized, and the conflict in Western society appears fragmented. The blueprint of the "virtuous" form of conflict, outlined by Machiavelli, seems not to work. Can welfare and social rights be rescued by social movements in the former peripheries of the capitalistic system, as well as in the new leading economies? 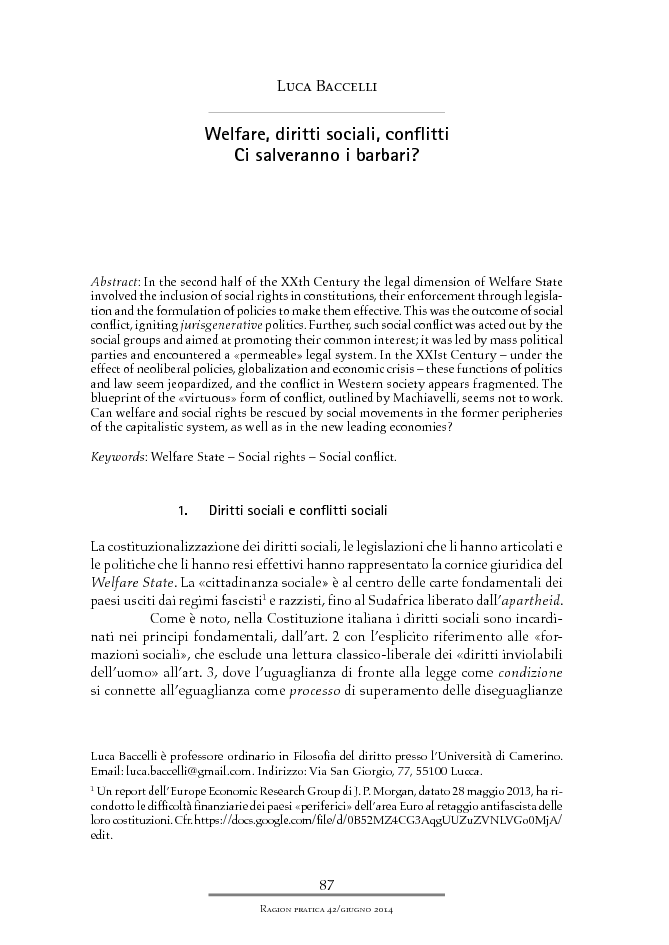