The author discusses a number of problems emerging from the theses held by Francesco Viola on the subject of so-called «human rights», i.e., rights (supposedly) equally and universally distributed to any human being as such. Three main issues are at stake. (i) The first one is about the moral or legal nature of such rights. The author argues that, if human rights are conceived as legal and their content is viewed as historically determined (as Viola actually does), then they cannot be at the same time treated as universal and inalienable. (ii) The second issue is about the truth conditions of sentences stating the existence of a given human right. The author argues that such sentences are but normative propositions, i.e., propositions stating the content of an existent norm. Therefore the very «foundation» of human rights must be searched in some normative system, either legal or moral. (iii) The third issue is Viola's conception of natural law as a set of principles, subject to historically variable specifications. The author argues that the specification of any principle necessarily is a human norm-creating act, in such a way that natural law, so conceived, practically turns into positive law. 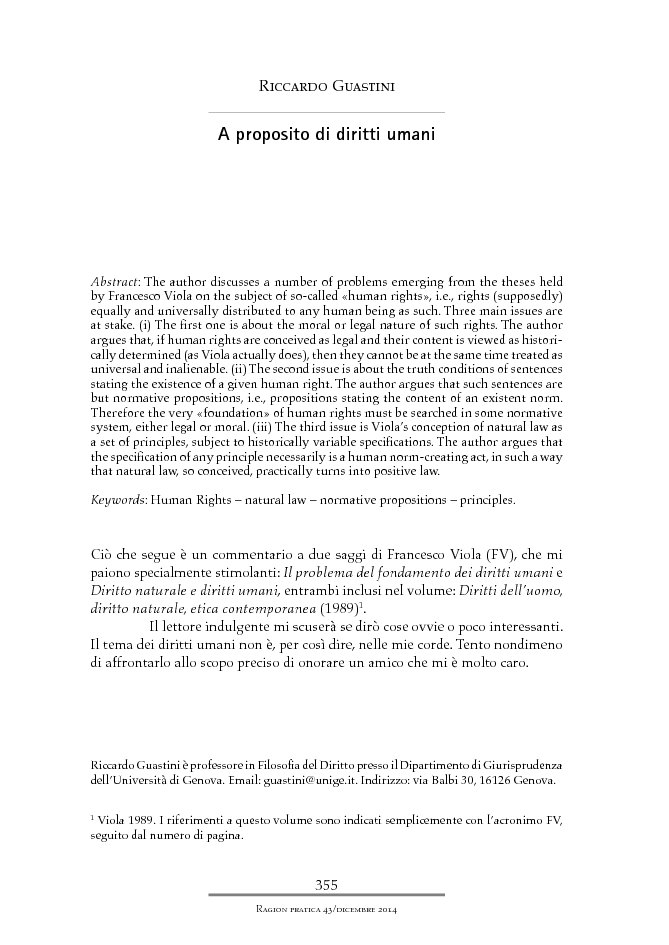