Populism is often identified with the appeal to a homogeneous will of the people and it is therefore opposed to constitutionalism for its over-majoritarian tendencies and its rejection of the rule of law. The Article argues that such a common view, typical of most European legal and political theory scholars, underestimates the oppositional and defensive aspect of populism, which becomes clear when emphasis is given to the anti-elitist prong of the phenomenon. Such a perspective is most commonly carried out by the US literature where populism is not simply opposed to constitutionalism and where some constitutional scholars qualify themselves as populist. Following what will be defined as the American Lesson, it will be argued that populism is, on its essence, rooted on a deep distrust towards power and aims at competing with constitutionalism on the field of limiting public power. However, while populism is engaged in a battle against any form of oligarchy, constitutionalism follows a different path. By describing how populism and judicial review relate to each other it will be pointed out how populism's and constitutionalism's campaigns for a limited power may sometime overlap but most often depart. 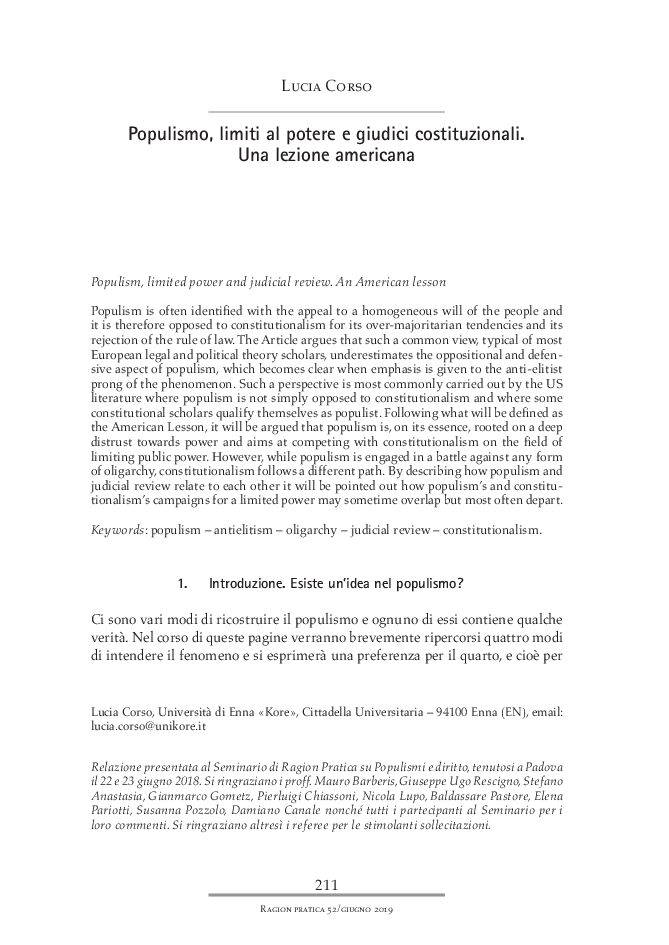