According to various observers, a remarkable feature of contemporary populism is a particular expertise in a new, pervasive and extremely powerful form of digital propaganda. In this paper I note that such power of «cognitive influence» does not rest in the hands of digital populists, at least directly, but in those of few incumbents of the ICT market that could also put these technologies at the service of non-populist forces. I conclude that digital populism is not necessarily anti-democratic in itself, but becomes anti-democratic in particular circumstances, for example when, far from conveying a political autonomy of demos determined by majority, it uses digital media to provide a fake democratic legitimacy of political decisions taken by populist leaders or their staffs. 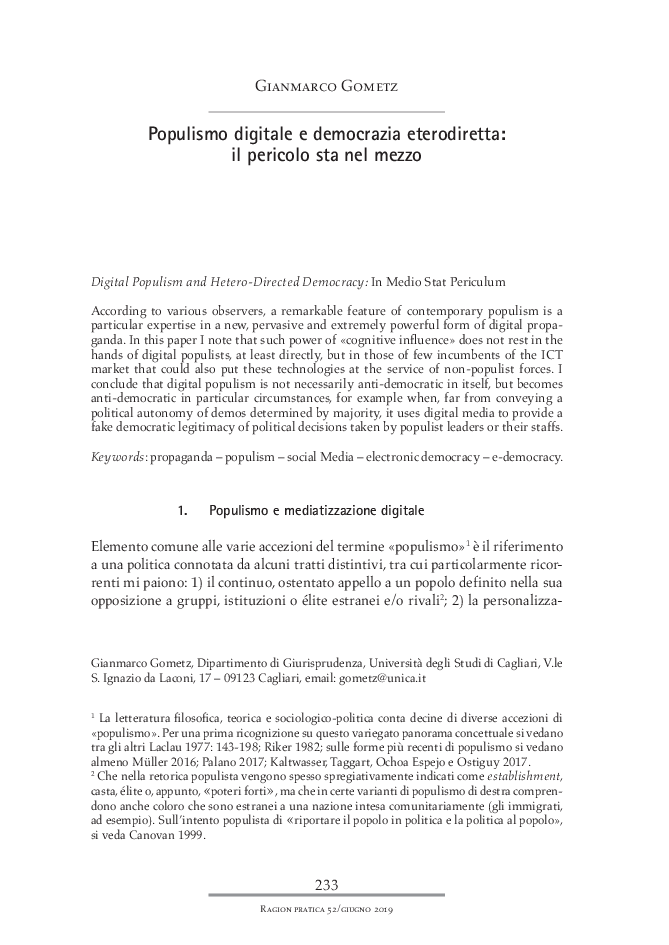