Edward Palmer Thompson was a historian who had a remarkable notoriety in the historiography on the working class movement. However, he had not been distant from political-philosophical discussions. Notably, in Whigs and Hunters Thompson dealt with the Marxist debate on the State which took place during the Seventies and proposed significant observations on ideology as well as on epistemology, and social and political subjectivity. The article shows that Thompson conceived the State legislation as a space of mediation and conflict. In fact, in line with his history from below aimed at «rescue» the below «from the enormous condescension of posterity», he suggests that the below presents a normative instance – the rights from below – which, though coded and made historically illegible, does not exhaust itself in the dominant ideology. 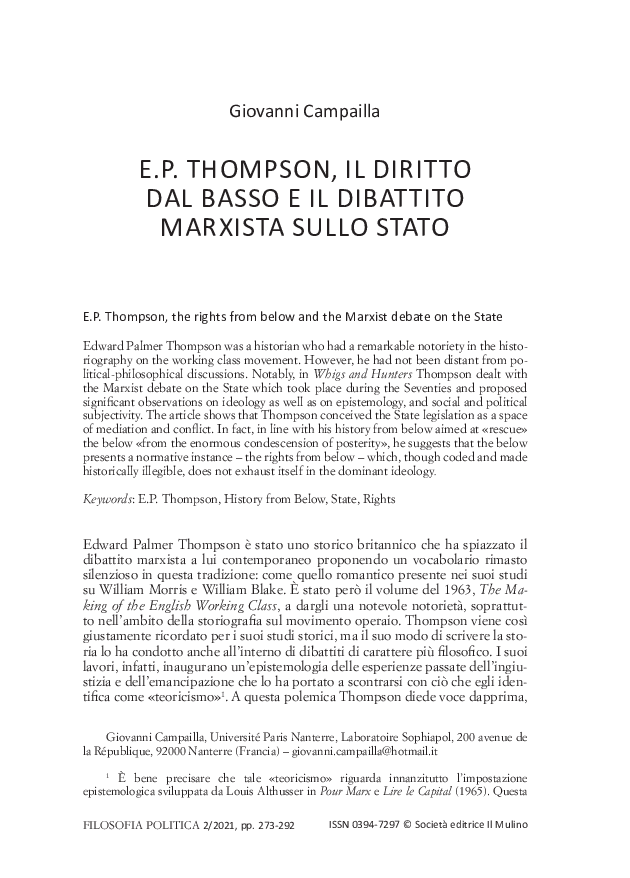