The present article aims at analysing Erich Unger’s Politik und Metaphysik, his main philosophical text. Even though this text, published in 1921, has been almost forgotten by philosophical literature, we suggest it can be reconsidered in its hidden critical potentiality. The paper is structured as follows: after a brief consideration on Walter Benjamin’s uses of Unger’s thesis, the essay investigates the biopolitical and messianic vocabulary used in Politik und Metaphysik, which is, at the end, an attempt to actualize the biblical imagine of the exodus. At the end, the paper suggests further lines of research. 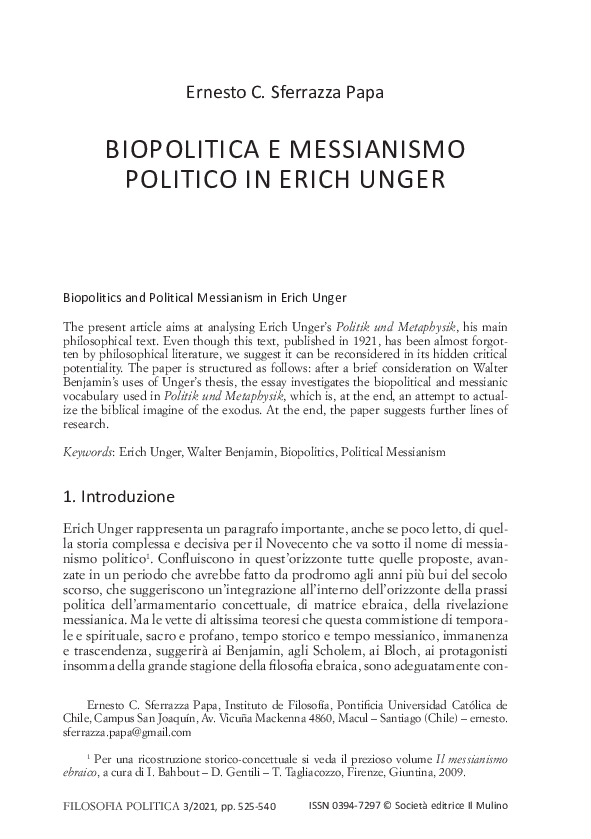