This article shows that Michael Oakeshott contributes to the development of the sceptical tradition in the history of contemporary political thought. First, it considers Oakeshott’s idea of politics as a conventional activity, and of authority as the presupposition of legal order. Second, through the analysis of his main works and of the recently published notebooks, it illustrates how Oakeshott’s ideas are grounded on Montaigne’s sceptical stance on human action, religion, and the morality of the individual. What emerges from this discussion is that Oakeshott elaborates his own version of political scepticism that expresses contingent political judgment on the best political order. 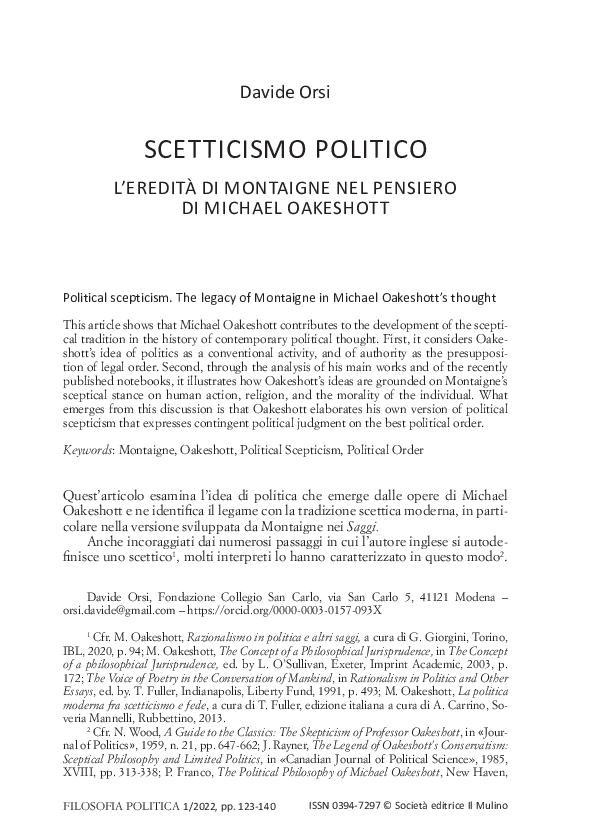