This is the second part of the survey published in "Filosofia Politica" 1996, n. 1. The author reviews the debate on Max Weber which took place in the past five-six years in German, English, Italian, French, Spanish-speaking countries on these topics: biographical studies, Weber's theory of science, the interpretation of the essay "Die protestantische Ethik und der 'Geist' des Kapitalismus", the sociology of religion, the problem of modernity, the historical studies, Weber's political theory and philosophy, the notion of 'charisma', the concept of legitimation, his law theory, the relation between Weberian and Marxian thought, the comparison between Weber's and Emile Durkheim's theories, the significance of Weber's works in a psychological perspective. 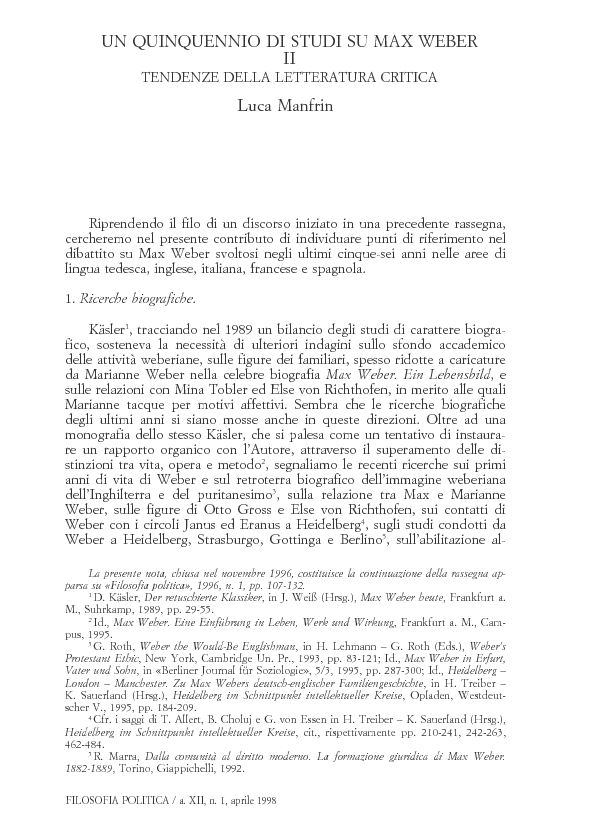