The article examines the evolution of the liberal thought, criticizing the interpretation of Hayek according to which there is a "continental liberalism" contrasted to an "English liberalism". Really, to understand this point of the contemporary political history, after a comparative analysis of the principal authors, it is necessary to resort to a new category of interpretation, one that is not founded anymore upon a geographical distinction, but upon a historical and conceptual distinction. In fact, analyzing the greatest liberal thinkers, we can see how indeed two liberalism exist, but not the two ones pointed out by Hayek: a classical one, tied up to the XIX century and less inclined to accept the new configuration of the modern democracies; another one, more prepared to accept the achievements of the Twentieth century, among which the principle of social justice and the intervention of the State to create a parity of starting conditions. Hayek is lined up with the first one and, to the light of history, appears as a conservative, though his denials. 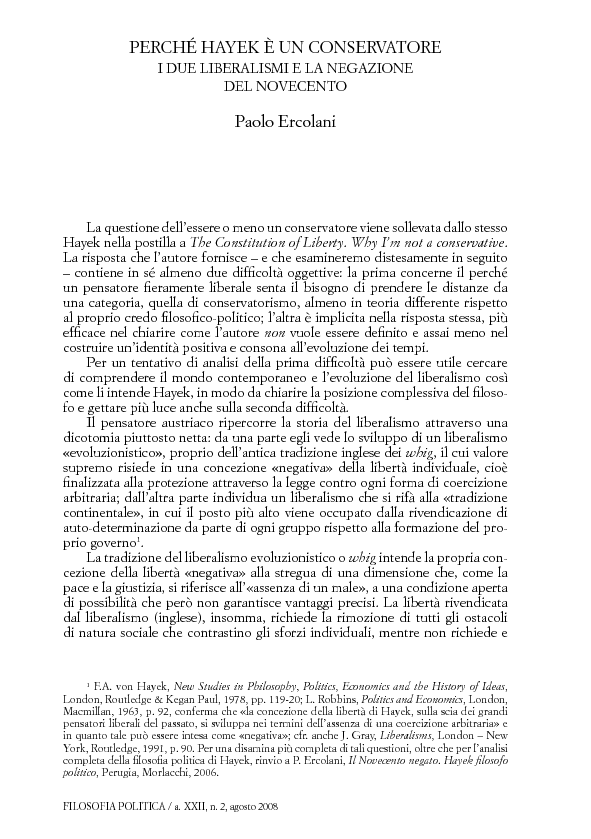