The Author analyses the hermeneutical and political strategies enacted by the Western tradition, particularly by modern political thought, to govern fear. During the modern age (from 16th to 19th century) fear and the representations of fear have been under-stood and employed in order to control both the individuals and the whole society. In 20th century the two World Wars, the Holocaust, genocides, nuclear bombs on the one hand, and the development of psychoanalysis and scientific technologies, on the other hand, allowed to understand that it's not possible to govern human fear only through political rationality, and this consciousness produces a new form of fear, that is angst. Today our age is once again an age of fear. In the last part of the essay, the Author states that the present crisis of politics is also due to the incapacity to answer to the new forms of fear (terrorism, climate change, nuclear weapons, pandemics, etc.) and to prefigure new forms both of politics and subjectivity, which could be able to govern fear and not to be governed by fear. 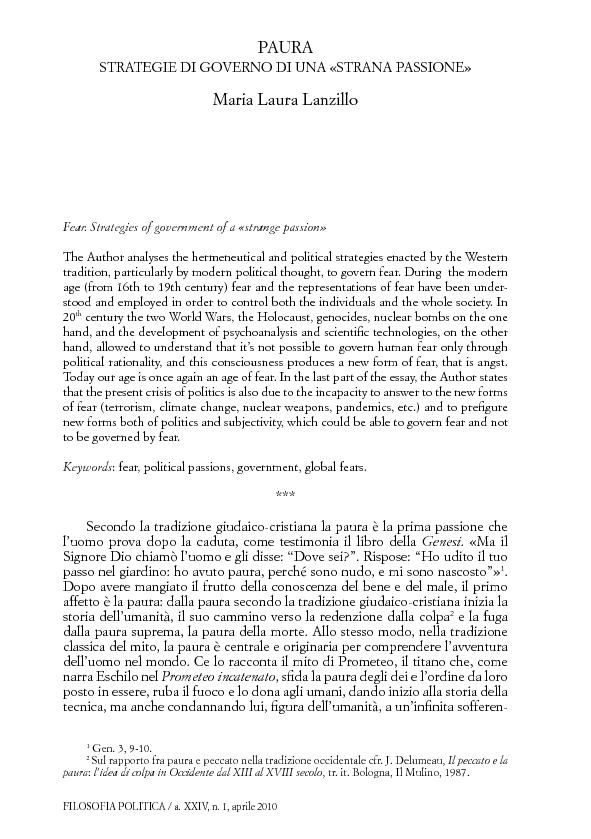