The reference to fear, which has been harnessed by the political-public discourse, aims to found a pretended intentional structure of the contemporary political consciousness. The constitution of political consciousness of fear allows us to reach a unified repre-sentation of the political reality through the lens of fear. On this foundation, a wider social consensus and legitimation of power would be constructed. Furthermore, today the reference to fear is meaningful beyond its own discursive occurrence, insofar as it points out that even the possibility of politics, conceived as the art of government, is put into question. 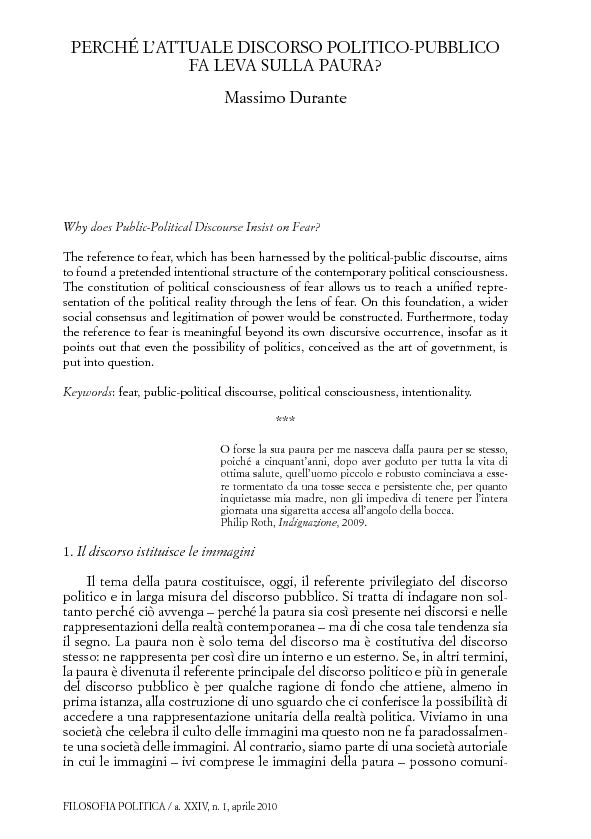