By taking into account the Indian case, the essay analyzes the relationship between power and religion from a post-colonial perspective. Moving from the way in which the colonial British State faced the "Wahabite" revolts in XVIII century, the Author suggests that, within the colonial dimension, religion represented a challenge to sovereignty, and that a «governmental reason» emerges from the government of religious minorities. Considering the transition from the colonial State to the independent India, Samaddar provides a re-reading of the whole relationship among sovereignty, religion and racism which is very meaningful in the contemporary global context. 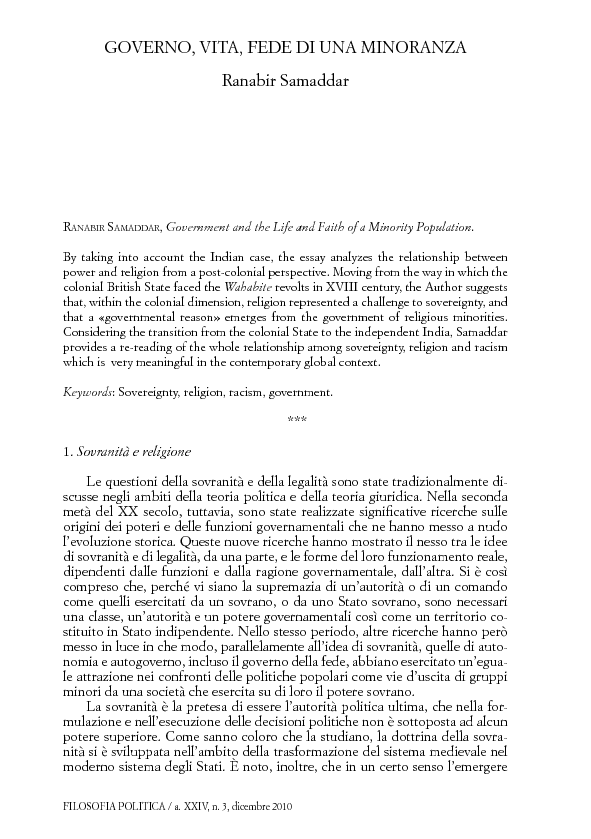