The configuration of the space is crucial for every political theory and practice, and the space - conceived as the place where human facts take place - is not a neutral background, but should be analyzed looking at its politicization. Under this light the essay considers the transformation of Mitteleuropa from a geographical idea to a political project, by contextualizing it within the general turn of geography from the end of the 19th century to Nazism. Mitteleuropa becomes a symbolical and political «place»: a representation which produces fear - in Mackinder's interpretation - or hope - in geographical German literature since Ratzel; a project to be realized (as a federation, for Naumann, or as an Empire, according to Moeller Van den Bruck's Reich) or a natural geographical place to be brought back to an original unity. The consequences of the politicization of Mitteleuropa are analyzed through the neoconservative literature, particularly the journal «Die Tat». 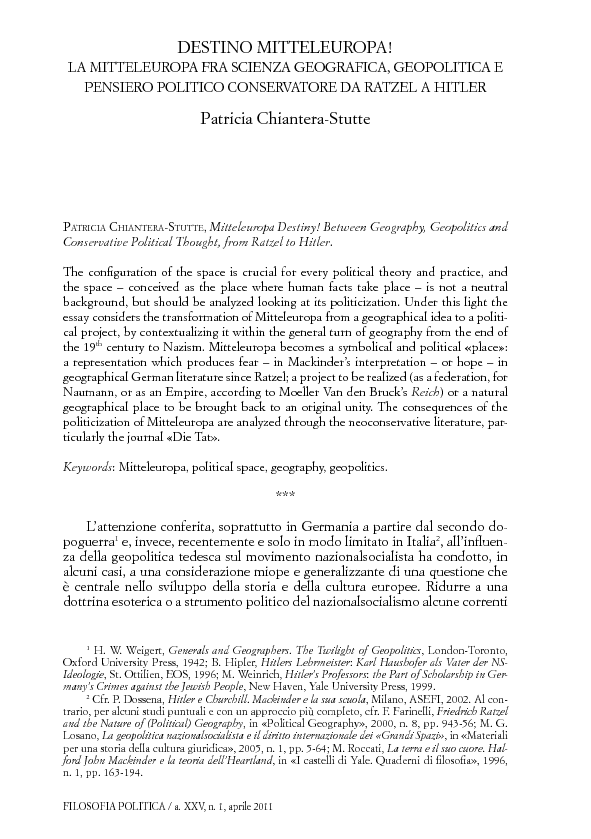