After the taking of Preneste, Sylla assumed the cognomen «Felix», which was not conceived according to the basic meaning of the world, i.e. «fertile», «fruitful». According to Plutarco (De Fortuna Romanorum) Sylla also proclaimed himself «son of the Tyche», a definition already attributed to Oedipus in Sophocle's tragedy, Oedipus Rex. Thus, Sylla did not attributed his own successes to a generic fortune, but to felicitas, which is conceived for the first time as a personal quality. The essay reconstructs the political semantic of the term felicitas during the transition from the Republican to the Imperial age of Rome. 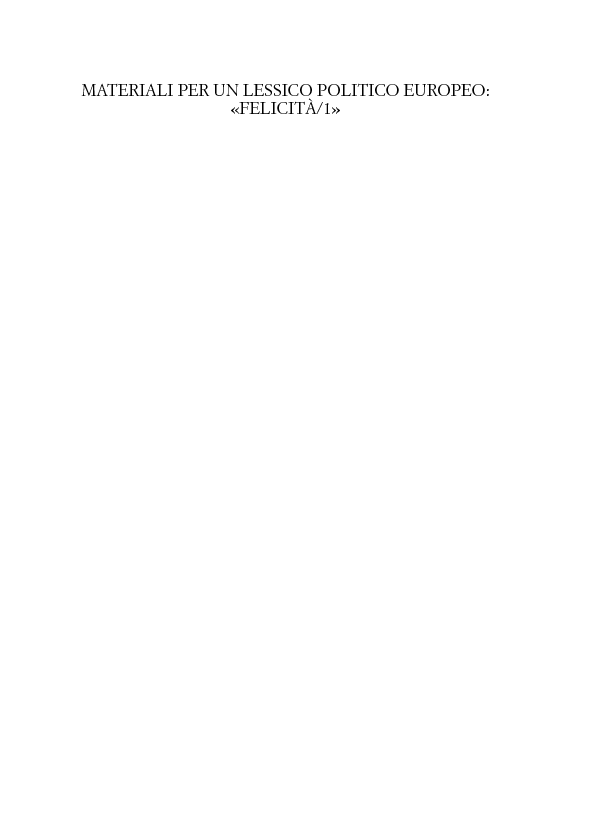