Equality can be seen as a principle «against reality», safeguarding different identities in opposition to social inequalities; more as a practice than as a natural property. On the threshold of modernity, equalità played a key role in Machiavelli’s thought as a precondition of republican liberty. The paradoxical dialectic between equality and difference emerged in the debate on Spanish conquest of America. On the one side, both the Aristotelian theory of «natural» slavery and the idea of equal entitlement of rights were employed in order to legitimize the submission of people of different cultures. On the other side, in Las Casas’s defense of natives the statement of legal and political equality is connected to the acknowledgment of cultural differences. Paradoxes affected the modern conceptions of equality, up to Rawls’s «equalitarian» theory of justice. The maximin principle does not provide criteria to contrast lasting strong inequalities, which are excluded: an assumption falsified by long-term tendencies in capitalist economy. 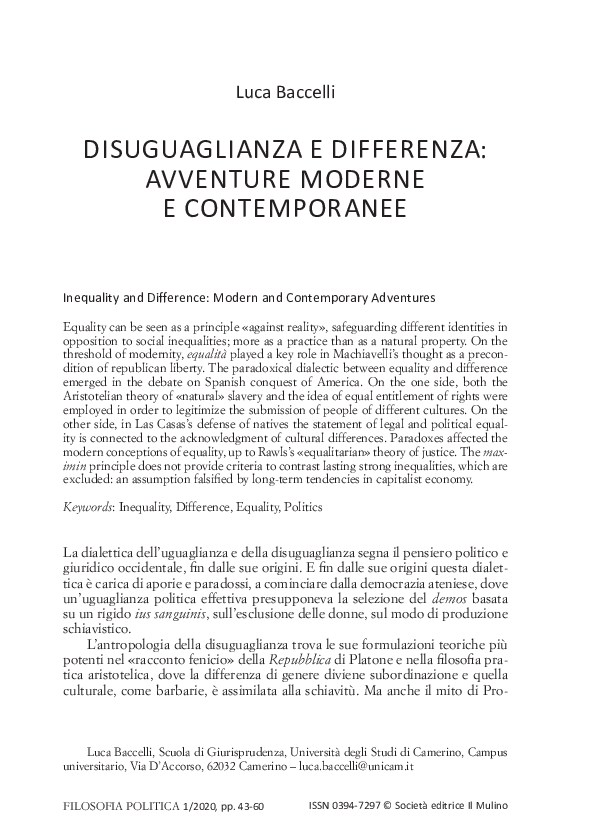