This article examines the sequences of the ‘reinvention’ of the crowd carried out during the Nineteenth century (and especially in the last three decades of the century) by social sciences, popular fiction, reflections on social pathologies and historical rereadings of the French Revolution. According to the author, the «crowd» represented, in the fin de siècle imaginary, much more than simply a new name of multitude, mob, or populace. The reflections on the crowd (and on crowd psychology) in fact contributed to the construction of a largely new image. In the «crowd» were first “condensedµ all the nightmares of late Nineteenth century, but, at the same time, thanks to this new representation, the roots of (social and political) conflict and the tools to tame it were placed in a new «biopolitical» dimension. 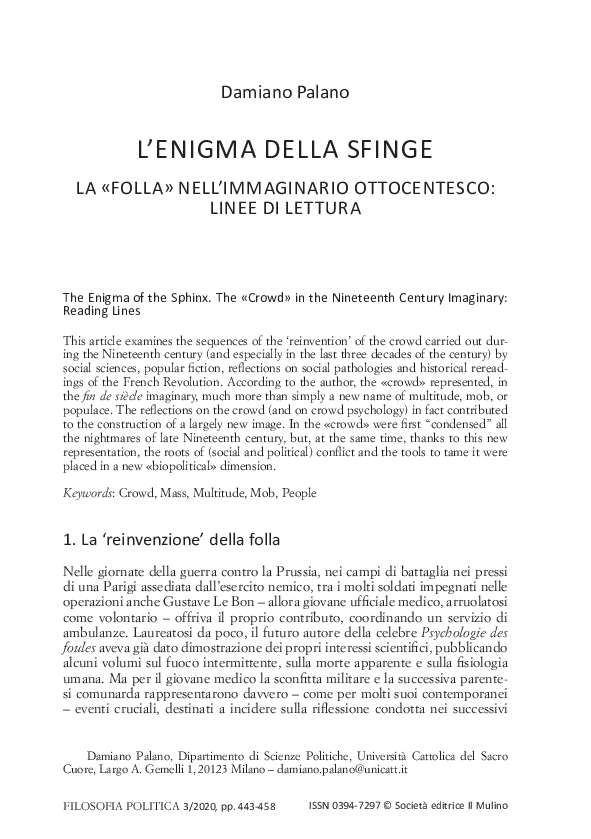