Gustave Le Bon’s Psychologie des foules (1895) has often been judged as scientifically vague by scholars. This is partly due to the fact that, albeit explicitly resuming many of its concepts and items from his previous works, Le Bon employs them in slightly different contexts and meanings. From this perspective, Psychologie des foules’s debt with L’homme et les sociétés seems particularly interesting. In this 1881 work, Le Bon examines the physiology of the «spinal cord», an organ he believes to preside over all unconscious behaviours (brain being responsible of conscious actions). Focusing on this analysis – as this paper argues – might help to better understand some of the Psychologie des foules’s reflections on crowds as «irrational», «automatic» subjects. And at the same time, enlightening the relationship between brain and spinal cord might offer an interesting perspective on Le Bon’s supposed «elitism» and, more generally, on his political thought. 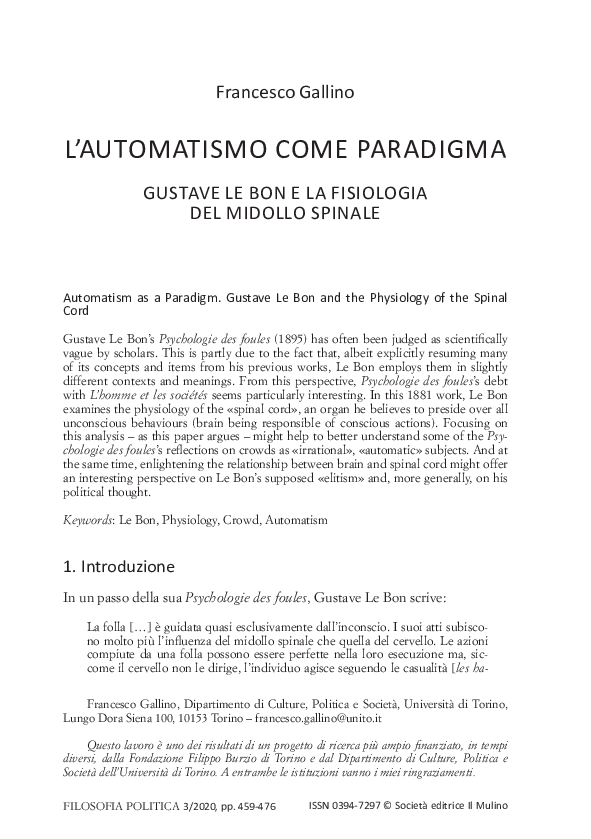