This paper provides an overview of the treatment of the ellipsis 〈...〉 in the history of Italian grammars, manuals of orthography and punctuation guides published between the late 18th century and early 20th century. In these works, the ellipsis is acknowledged with a certain regularity only from the 1820s. On the functional side, most works approach the ellipsis through the use of mixed descriptive categories, combining prosodic, rhetoric and pragmatic features. Between the late 19th and early 20th century, some more modern outlines of the ellipsis come to light, where the focus is set on the functional flexibility of the mark. The paper also considers some formal properties of the ellipsis, such as the terms used in grammars to refer to the mark and the number of characters employed to represent it. 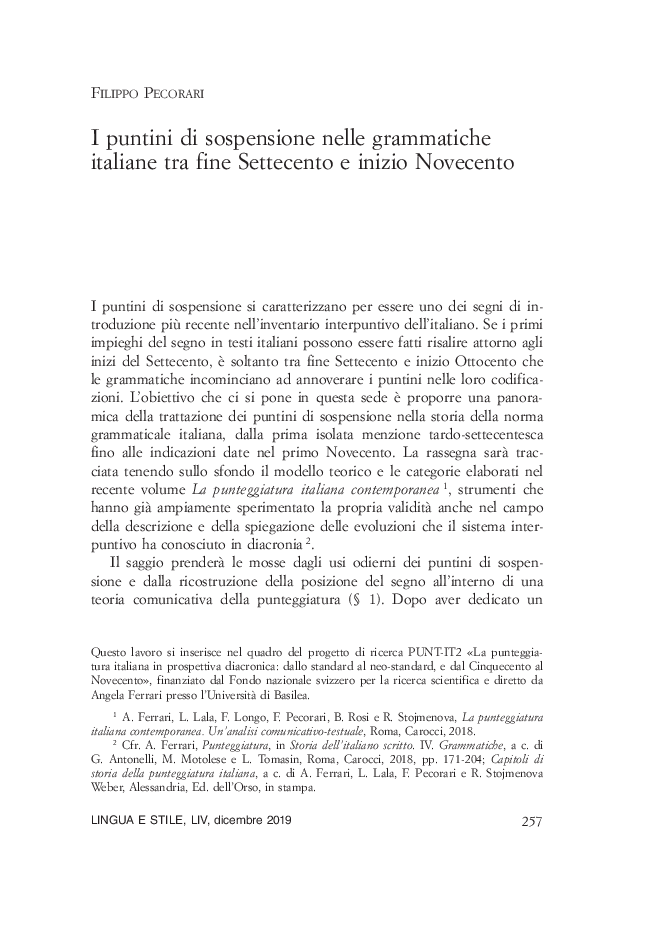