The paper collects data and observations on the development of the imperfect indicative in the history of Romanesco, the dialect of Rome. In particular, the author shows, as for the first person singular, that -o is the normal ending in the modern dialect (from the 16th century onwards), whereas -a is characteristic of ancient documents. Furthermore, he analyzes the genesis and evolution of the well-known forms in -mio, -vio (first and second person plural, respectively) and mentions some relatively ancient cases of third person plural ending in -ono. Finally, he reports examples of “Kurzformenµ in the paradigms of avé ‘to have’, dì ‘to say’ and fà ‘to do’ such as avo, evo, divo, favo etc. The information provided makes a valuable contribution to the constitution of a historical grammar of the Romanesco dialect. 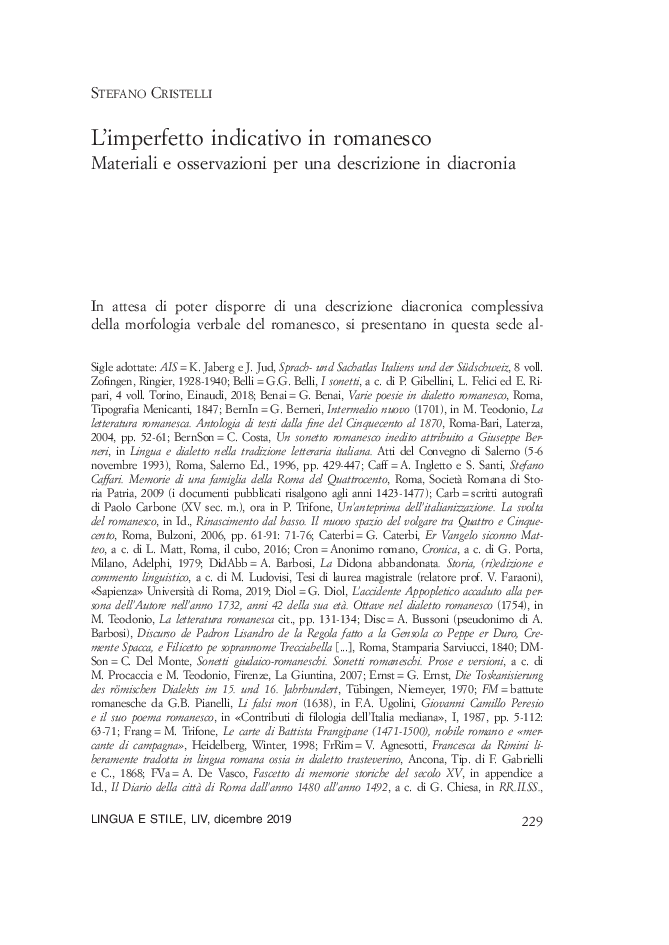