This paper deals with the diachronic evolution of the Italian action nouns with -mento and -zione within the time span that goes from 1800 up to 2009, on the basis of a large dataset drawn from Google books. It is argued that the general tendency, namely the gradual decrease of -mento derivatives with a corresponding increase of -zione formations, is diachronically much more complicated in two aspects. Firstly, the data show that from the global viewpoint it was preceded by a period of increasing derivational instability when the tendency was exactly the opposite. Secondly, a finer-grained analysis reveals varied cases that do not follow the general tendency. With this respect, a typology of five major situations is put forward with detailed discussions of the most significant examples. It is demonstrated how the paradigmatic ‘overabundance’ of a wide range of synonymous -mento/-zione couples recedes over time. The current situation of high complementarity thus represents a recent development. 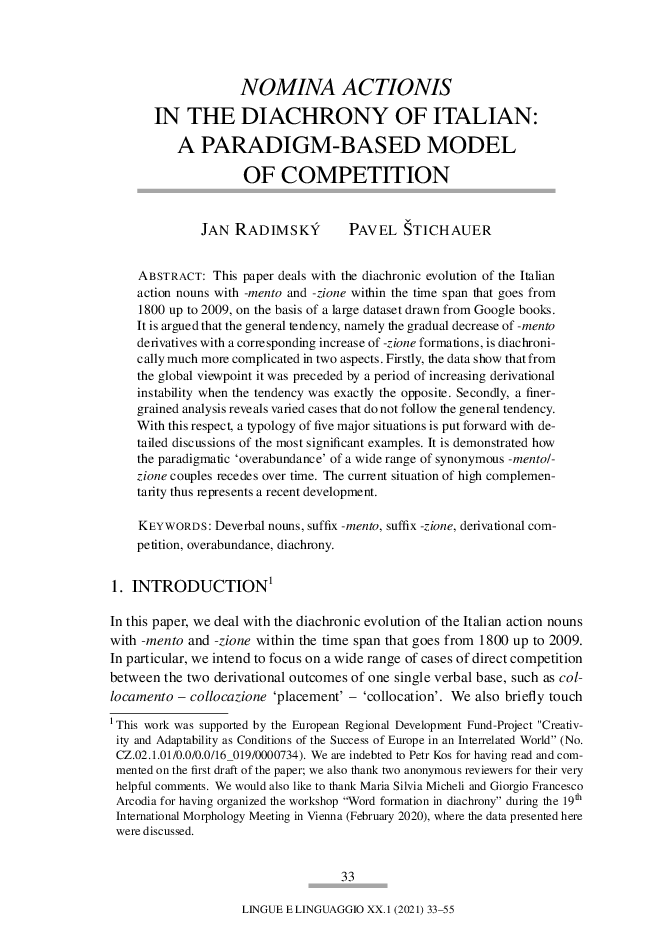