This paper investigates the production of 3rd person singular dative clitic pronouns (3DAT) in Italian typically developing school-age children. While most literature has focused on 3rd person accusative clitics (3ACC), which in the first stages of language acquisition may be omitted or substituted with DPs, little is known about the acquisition of 3DAT clitics 3ACC and 3DAT clitics build a minimal pair: they share the syntactic derivation and the property of referring to antecedents present in the linguistic context, but they differ with regard to the phi-features they encode. Most notably, all Romance 3DAT clitics, including colloquial Italian gli, lack the gender feature. Results show that Italian school-age children produce significantly more 3DAT than 3ACC clitic pronouns. Our results are consistent with Tuller et al.’s (2011) hypothesis that difficulties with 3ACC clitics are not only due to their complex syntactic derivation, but also to their interpretation and morphological make-up, and Delage et al.’s (2016) conclusion that gender marking is most taxing in the acquisition of the pronominal system and may remain so at school age. 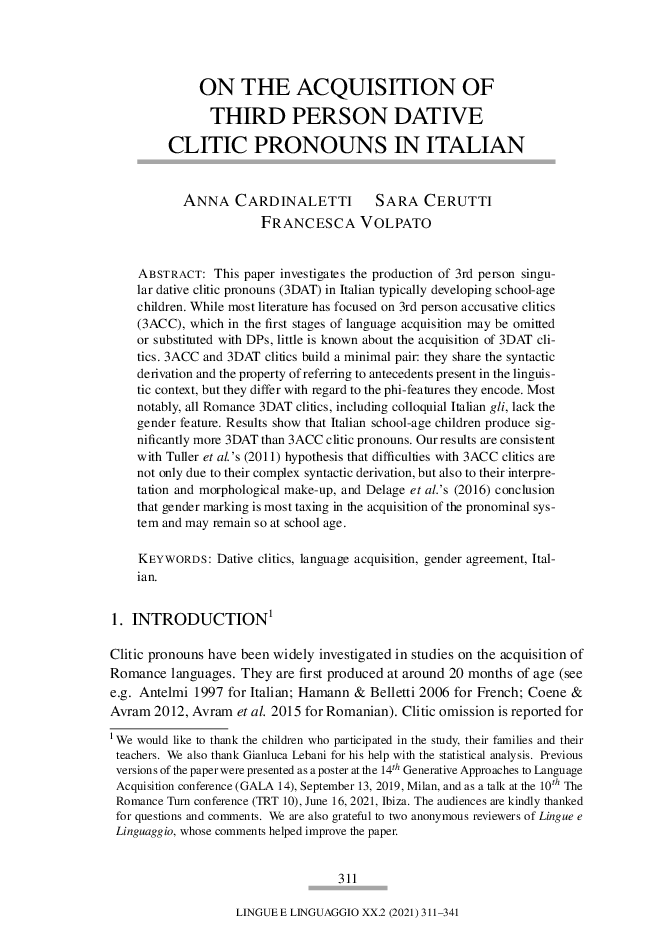