A large literature has been devoted to the distribution of reduced forms of English auxiliary verbs, apparently just weak forms of the corresponding full auxiliaries. Limitations on their distribution appear to involve syntactic conditions, such as that they not occur in positions immediately followed by the trace of a displaced element, which would put these elements in a class apart from purely phonological ("simple") clitics. I argue that the simple clitic account is correct, and that the apparent syntactic conditions on the appearance of contracted auxiliaries derive from prosodic structure, combined with regular phonological processes that adjust it. From the point of view of their own grammar, English reduced auxiliaries have no special properties or conditions beyond what follows from their prosodically weak nature. 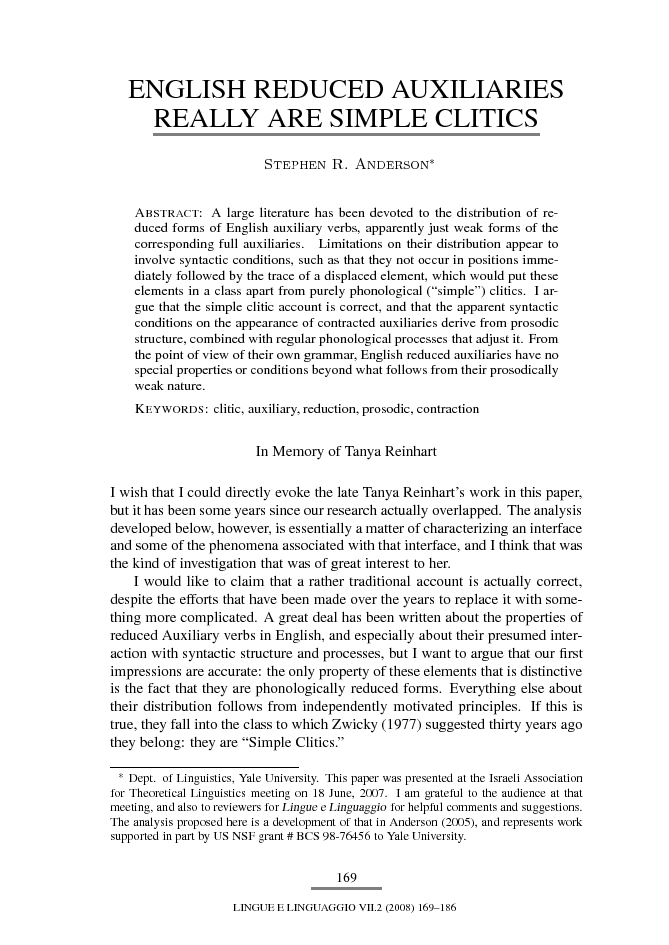