Italian has a lexeme-formation device that yields action nouns through the reduplication of a verbal base (which is homophonous to the morphome used in compounding, and to the singular imperative form). This device originates from the lexicalization of reported speech acts, consisting of repeated imperatives. The first attestations of such speech acts, dating back to the 15th century, are found in contexts describing battles or stampedes, in which many people participate; the speech acts refer to orders uttered several times and by several speakers in such contexts. By the 19th century, the formation of VV reduplicative action nouns has become slightly productive. The twenty-some such nouns attested all require that their subject refer to a plurality of individuals. This is interpreted as a manifestation in Italian of the category known as "verbal number" (Corbett, 2000: ch. 8). Italian is peculiar in expressing verbal number through a category-changing device (i.e., deverbal nouns) rather than a category-preserving one (i.e., deverbal verbs). 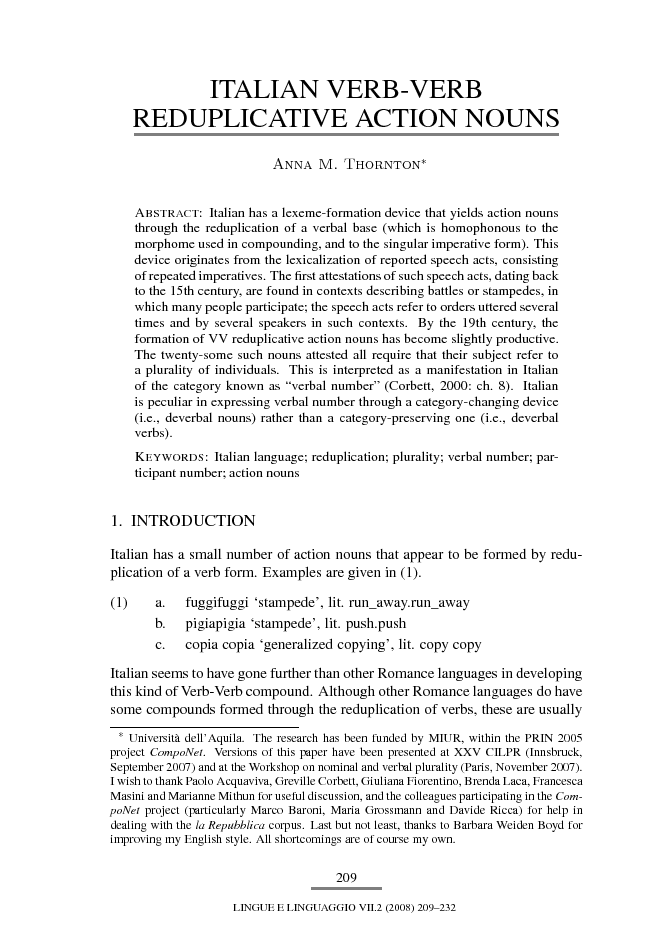