In this paper, we address the issue of constraints in word formation. We claim that the absence of derivational suffixes within Modern Greek compounds is due to the operation of the so-called "Bare-stem constraint", which applies to output configurations. Our analysis builds on different types of compounds from Standard Modern Greek and its dialects. However, we focus mostly on dvandva [V V] compounds, which are unique in Modern Greek from all Indo-European languages. We also discuss a limited number of counter-examples, and show that they are only apparent exceptions to the operation of the constraint. We argue that most of them result from a reanalysis procedure, or refer to lexicalizations and loan words, which do not usually obey the rules of the language. The paper also adds to the discussion about the interaction between derivation and compounding. It is argued that the two processes intermingle in such a way that compounding cannot be treated separately from derivation. This conclusion is advocated by the postulation of a morphologically proper constraint restricting the form of compounds with a derived item as left-hand constituent, as well as by the unclear order according to which the two processes occur. 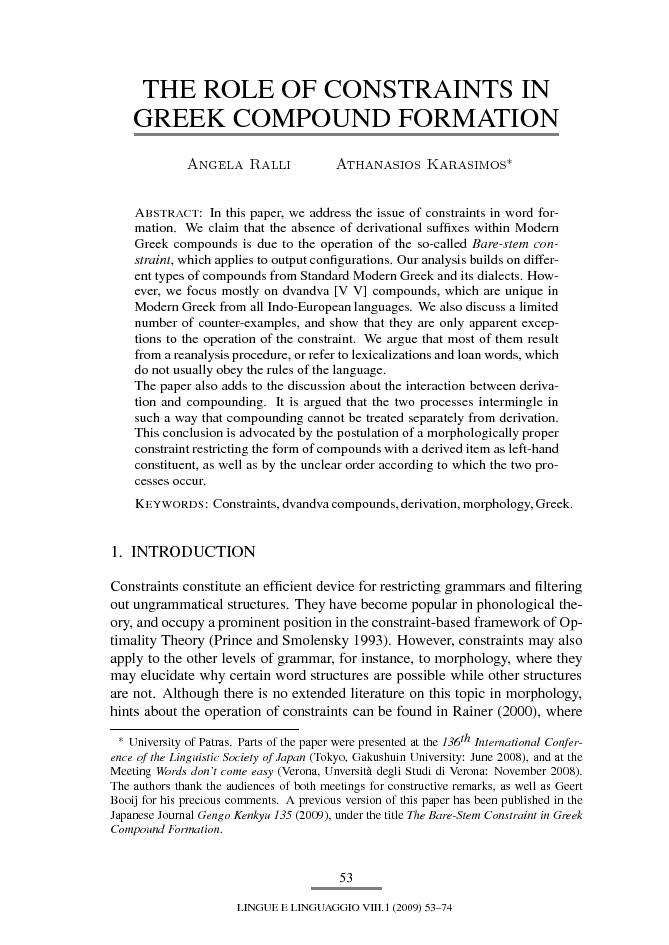