This article deals with some issues related to the application of a number of notions of Western linguistics to the analysis of Chinese morphology. The article first investigates some basic articulations of the notion of "word" with respect to the Chinese language, i.e. morpheme, syllable, bound and free root, semi-word. Among the peculiarities which emerge are the centrality of the syllable in the morphological analysis of this language and the tendency to reanalyse syllables as morphemes. The new syllables reanalysed as morphemes may be used as constituents in compound neologisms. The article also proposes some reflections on free and bound roots in Chinese and highlights the fact that Chinese bound roots cannot be assimilated to the so-called semi-words in the languages of Europe, contrary to what has been suggested by Packard (2000), who considers these two kinds of roots to be very similar. Finally, this article presents some issues related to lexical categories and to the categorial indeterminacy of lexical items in the Chinese language. 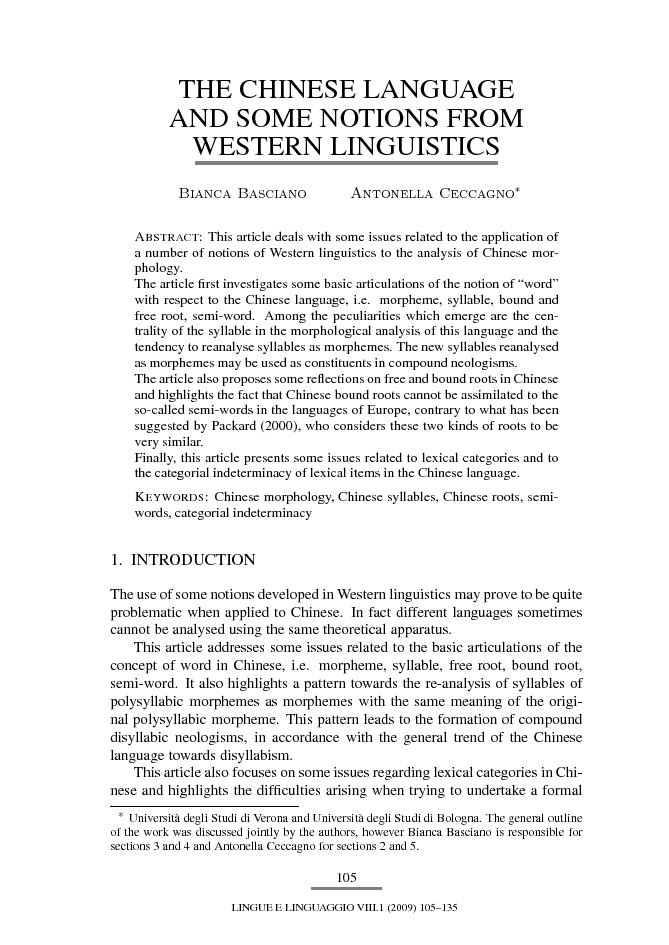