This article discusses the different analyses of Chinese compounds put forth in recent years and presents both the new classification for Chinese compounding and the headedness principle proposed by Ceccagno & Basciano (2007). Abbreviation in Chinese is the result of the interface of two opposing tendencies in Chinese: recursion and condensation. The resulting new words are often disyllabic compounds. For many compounds formed through abbreviation the analysis of the surface forms is somehow problematic, since at least one of the constituents is a truncated form of an underlying compound. Therefore, Ceccagno & Basciano (2007, 2009a, 2009b) propose to consider the features of the underlying compounds. This process of analysis is called "metacompounding" and the compounds analyzed in this way are called "metacompounds". The main focus of this article is precisely metacompounding, which proves to be an effective tool to analyzing these compounds because it prevents a misinterpretation of the meaning, the lexical category, and/or the position of the head of the surface compound. 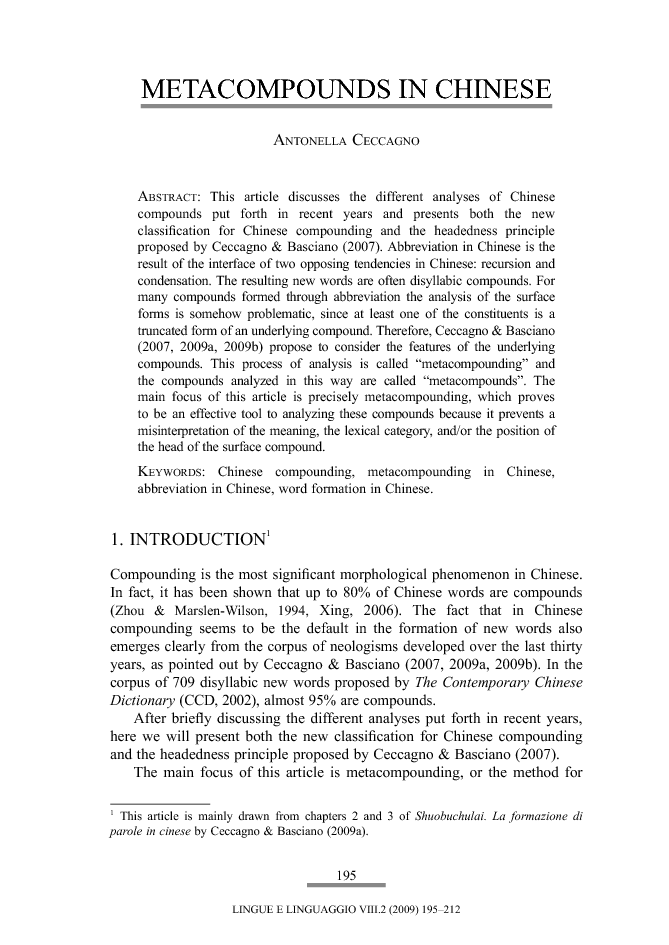