This article presents an overview of compounding in Czech, a West Slavic language. The presentation adopts the classifi cation argued for in Bisetto & Scalise (2005) and Scalise & Bisetto (2009). After the introductory notes on basic units in compounding (roots, stems, linking elements), on recursion and on neoclassical compounding, the paper proceeds to deal with coordinate, subordinate and attributive compounds, divided on the basis of the endocentricity / exocentricity criterion. The article is concluded with the discussion of two special cases, namely the parasynthetic mode of formation, which is demonstrated to be a core pattern of compounding in Czech, and the cases of word-internal infl ection which are limited to a series of "exemplars" or "schemas". 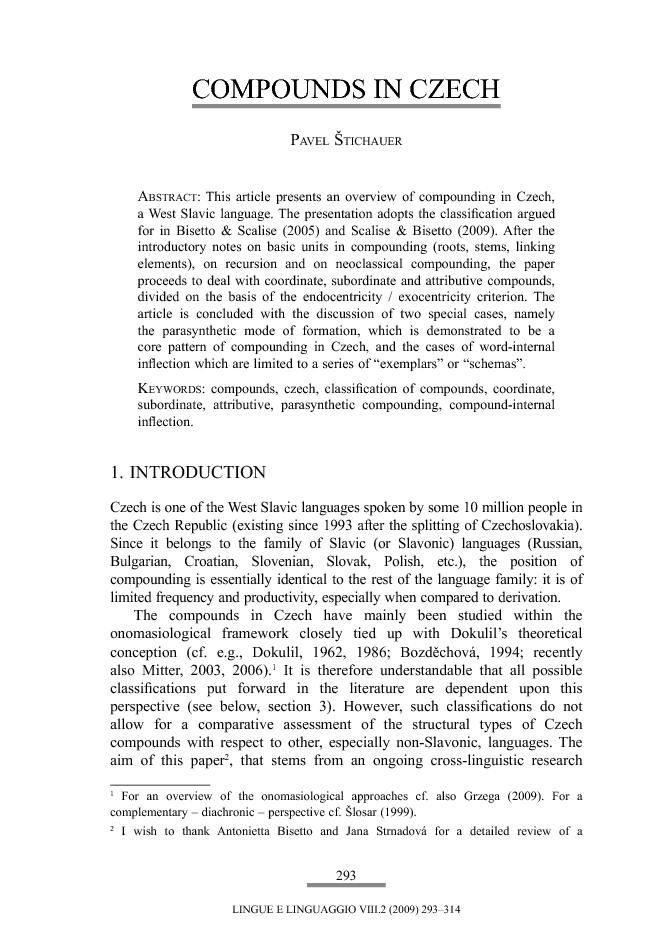