This paper offers a novel approach regarding the Syntax and Semantics of the two Spanish copulas ser and estar. The novelty of the approach lies in the combination of three key assumptions. First, it is argued that both copulae, as abstract functional heads, denote "part-of relations" over "situations". Second, it is consequently argued that their semantics is that of Q-adverbs: in particular, it is proposed that ser receives an "identity"-bound interpretation ("no aspect"), whereas estar has a more restricted "episodic"-bound interpretation; Third, it is argued that their syntactic and semantic properties determine which predicates can merge with each copula, via a process of "local licensing" of features. It is then argued that the combination of these three assumptions in a unifi ed proposal can offer an unifi ed formal account of these two copulae, which may be extended to other copulae as well, e.g. English to be. 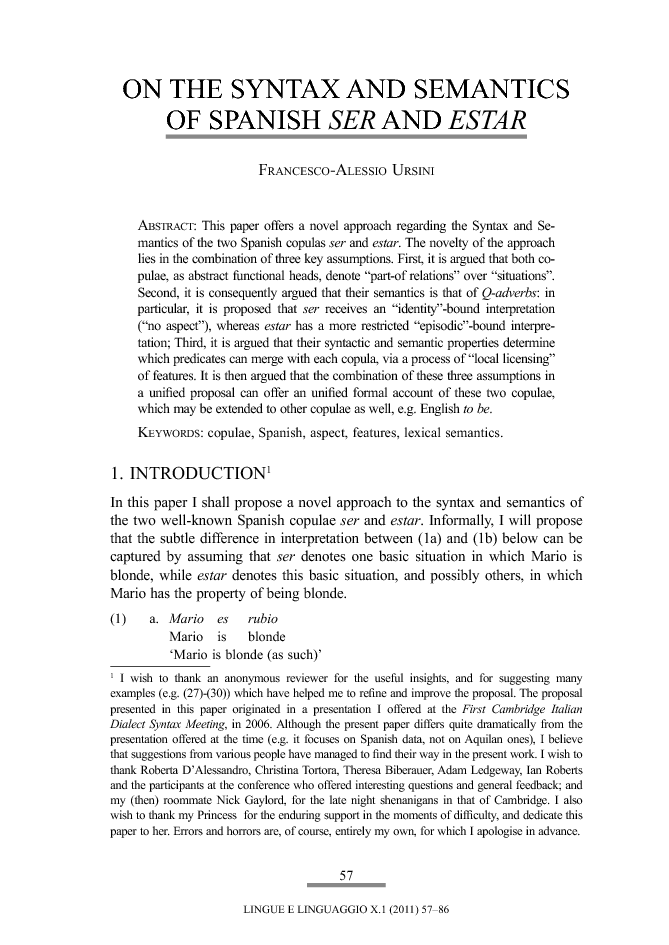